A bench of Justices Hima Kohli had Subramonium Prasad noted that present per day RAT numbers were "abysmal" as they were not even reaching 50 per cent of the target of 22,000 tests per day set by the Delhi government. 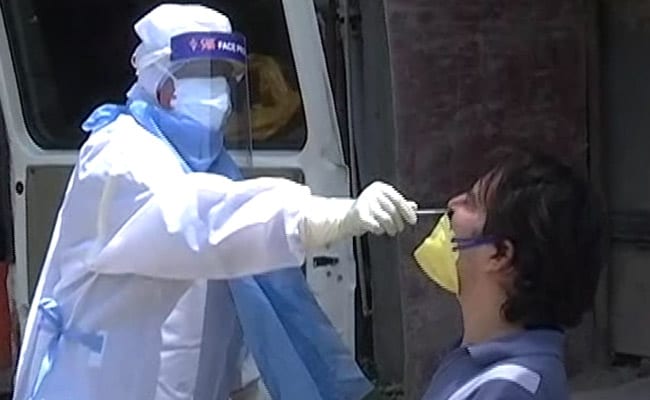 The Delhi High Court on Monday asked the AAP government to try and increase the COVID testing methodology, Rapid Antigen Test (RAT), in view of rise in coronavirus cases in the national capital.

A bench of Justices Hima Kohli had Subramonium Prasad noted that present per day RAT numbers were "abysmal" as they were not even reaching 50 per cent of the target of 22,000 tests per day set by the Delhi government.

"See if you can expand the Rapid Antigen Testing numbers. Looking at the rate the (COVID-19) numbers are going up, the sooner you do, the better," the bench said.

Delhi government additional standing counsel Satyakam, appearing for the health department, said the RAT methodology was started on June 18 and was in its trial phase.

He said the testing methodology was presently confined to hot spots and containment zones and asked the court to wait for a week after which the RAT numbers would go up.

During the hearing via video conferencing, the high court also suggested that the RAT methodology be permitted in the designated COVID-19 hospitals as well so that testing numbers can be ramped up.

The bench was hearing an application by advocate Sanjeev Sharma who has contended there have been several instances where non-COVID patients needing surgery or emergent procedures are required to undergo testing before that, but hospital concerned is unable to conduct the test as they are not permitted to do so by Delhi government.

In the same matter, the high court had earlier asked the private labs to inform it about difficulties faced by them in carrying out COVID tests.

On June 18, the labs placed before the high court the various difficulties faced by them and it had asked an expert committee, set up by the Lieutenant Governor to advise Delhi Disaster Management Authority, to examine the issues raised and resolve them.

On Monday, the bench directed the Chief Secretary of Delhi government to convene a meeting of the committee to discuss the issues raised by the labs and directed that the panel''s recommendations be conveyed to the high court before the next date of hearing on June 26.

Of the several difficulties highlighted by the labs, one was that the process of uploading patient registration data was cumbersome and time and manpower consuming as it has to be uploaded on the RT-PCR app, the COVID app, ICMR portal and the integrated disease surveillance portal linked to the office of the chief minister.

The labs said that all this required engaging several data entry operators so that information can be provided to multiple government agencies on a daily basis, thereby wasting valuable time and diverting their energies from the testing process.

They suggested that the process be simplified and a single point agency be designated for all private labs to furnish the requisite information to be shared with all the other government agencies.

The other difficulties included, duplication in the process of registration of phlebotomists (who collect samples), NABL's insistence on re-accreditation by accredited labs for testing for COVID, and that some of the symptoms of coronavirus like loss of smell and taste not being mentioned in the advisory for testing or in the forms that are required to be filled up.

The application by Sharma was filed in the main petition of advocate Rakesh Malhotra who had sought swift testing of COVID-19 cases and declaration of results within 48 hours.

The high court had on May 4 disposed of the petition with a direction to the Delhi government to publish on their websites correct data of tests conducted, number of positive results and pending outcomes.

The application has also alleged that the high court's May 4 direction was not being complied with properly by the Delhi government.