An anguished high court had said if this was the correct situation then it was "highly dissatisfactory and violative of the rights of the dead". 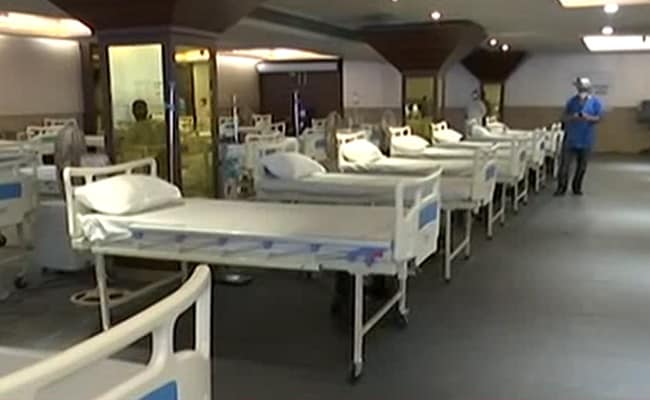 Delhi was facing manpower shortage after losing four doctors to COVID-19 and thousands of healthcare professionals being infected, the AAP government informed the Delhi High Court on Monday and said it was "preposterous" to move a contempt petition against it over managing of bodies at such a time.

The submission was made before a bench of Chief Justice DN Patel and Justice Prateek Jalan by Additional Solicitor General (ASG) Sanjay Jain appearing for the Delhi government.

Mr Jain said that at a time when four doctors have died due to COVID-19 with thousands more infected and government is hard-pressed to find manpower to manage the system, it was "unfortunate" and "preposterous" that a contempt petition has been moved.

The petition moved by advocate Avadh Kaushik has sought contempt action against the Delhi government and medical director of LNJP hospital for allegedly not adhering to the undertaking given to the high court with regard to handling bodies of COVID-19 victims.

Mr Kaushik has alleged that bodies of the dead were lying in the same wards and corridors of the Lok Nayak Jai Prakash (LNJP) hospital where COVID-19 patients are being admitted and kept.

He has claimed that this a breach of the Delhi government undertaking in court that bodies would not be found lying in hospital wards or corridors.

The ASG further said that the issue of dead body management is also before the Supreme Court which on its own took up the issue based on media reports and is scheduled to hear further arguments on July 20.

After hearing the brief arguments, the bench said that since a similar matter is before the Supreme Court, which has issued guidelines regarding managing of bodies, and the Delhi government is taking steps as per them, "the present matters are adjourned to July 29".

Apart from the contempt petition, the bench was also hearing a plea by the high court on its own based on news reports about the lack of facilities to cremate those who have died of COVID-19 and that such bodies were piling up in the mortuaries.

An anguished high court had said if this was the correct situation then it was "highly dissatisfactory and violative of the rights of the dead".

Besides that, the court was also hearing a PIL moved by NGO '''Mokshda Paryavaran Evam Van Suraksha Samiti''', which runs green crematoriums, offering its services in disposing of the bodies.

The NGO, represented by advocate Gaurav Kumar Bansal, moved the high court after coming to know about the petition initiated by it.

In response to the NGO's petition, the North Delhi Municipal Corporation (North DMC) has filed an affidavit stating that cremations is going on smoothly and bodies are not piling up at any of the crematoriums in the city.

The corporation has further said it can presently handle 367 COVID-19 bodies per day, which is more than twice of the current average requirement, and therefore, "there is no piling up or waiting of COVID-19 dead bodies at Nigambodh Ghat or any other crematorium of North DMC at any point of time, and are disposed of with dignity".

It said all three corporations have sufficient space available to increase the cremation capacity and also accommodate both the COVID and non-COVID dead bodies. It said disposal of COVID-19 bodies was going on smoothly without any waiting at any of the crematoriums all of which were functioning 24x7.

Accordingly, it has issued ''''Guidelines for Management of Dead in the aftermath of disasters''''.

"In the present matter, it is for the Delhi government or relevant municipal authorities to take a decision on whether to allow a green crematorium unit for disposal of bodies of COVID-19 victims in accordance with the guidelines issued by both NDMA and Ministry of Health," the authority has said in its affidavit filed in response to the NGO's petition.