BPO employee looted of over Rs 80,000 with duplicate credit card 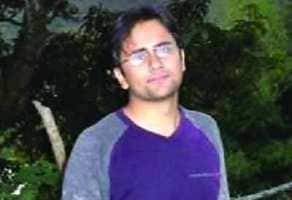 New Delhi: A Noida call centre employee who was an avid online shopper and credit card user had never imagined that these easy modes of  making payments would also be vulnerable to fraud and he would end up losing his hard earned money.

On December 17, 2010,  24-year-old Aditya Kothari, who works in a BPO in Noida sector 62, got a call from his bank asking him if was shopping at that moment. Puzzled at the question, Kothari replied in  the negative. The bank then told him that at that time his card was being used to make payments at some store.

"On that fateful evening at around 8 pm, I received a call on my mobile from bank's card surveillance department asking me if I was shopping for any jewellery. I immediately said no. They then told me that someone was using my card. I was shocked as the card was lying with me and was not even stolen."said Kothari.

He added, "I told the bank so and they got it verified by asking me its number and other details which I gave them. Once they were convinced, I put in a request to block the card, which they did immediately. The bank then told me that in the afternoon, the card was used at three places and a transaction of Rs 84,540 has been made. I told them that I have been cheated and they assured me that investigation was on. I even lodged a complaint with the police next day".

Promoted
Listen to the latest songs, only on JioSaavn.com
The New Year, however, brought in more sad news for Kothari as the bank started claiming the outstanding amount against his credit card.

According to the bank officials, the matter is still under investigation. "As a rule, we always communicate and educate our customers not to hand over the card to anyone, not even to the executive. In case of a card upgrade, we ask the customer to destroy the card and keep it with himself. In this case, the card was with the customer so he needs to pay the money. If any foul play is found we will take action against the culprit," said a senior bank official.
Comments
Delhiduped with cloned credit cardonline bankingphishing