Before Atishi, Another AAP Legislator Too Had Dropped His Last Name

The move to drop Atishi's last name, party insiders say, comes in the backdrop of the opposition dubbing it as a "Christian name". 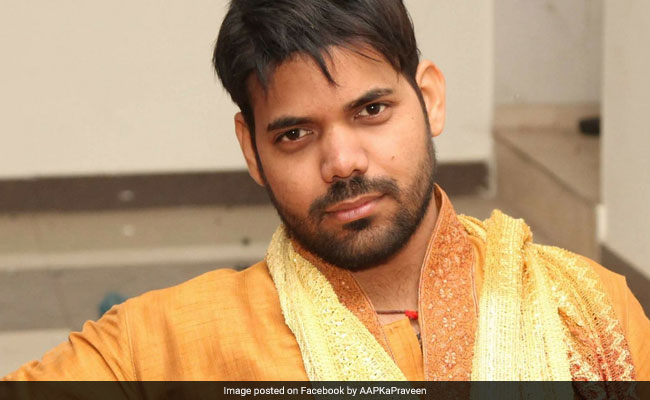 The Jangpura legislator had mentioned his name as Praveen Kumar

Atishi, AAP's possible Lok Sabha candidate from East Delhi, dropped her last name "Marlena" for electoral purposes. But she is not the only one from the party. AAP's Jangpura MLA Praveen Kumar too had removed his last name "Deshmukh" in the 2015 Assembly poll.

The move to drop Atishi's last name, party insiders say, comes in the backdrop of the opposition dubbing it as a "Christian name". Sources said AAP was concerned that the BJP was targeting her, telling voters that she is Christian.

In his election affidavit, the Jangpura legislator had mentioned his name as Praveen Kumar. The same name also reflected on electronic voting machines during 2015 polls.

Party insiders said it was a conscious decision to drop Deshmukh, a surname used mainly by people in Maharashtra, as Praveen Kumar was contesting from a Sikh-dominated area. In 2013, Maninder Singh Dhir, a Sikh, had won from the seat.

Mr Kumar, however, denied this.

"My surname still remains Deshmukh. I use my name as Praveen Kumar. That is the one on my voter card," he said.

The 34-year-old Jangpura legislator, an old party hand, joined the anti-graft movement spearheaded by Arvind Kejriwal and his colleagues after quitting his job as a regional manager in an IT company. He first entered the electoral fray in 2015.

Prior to his electoral plunge, Mr Kumar was an organisation man, who was the East Delhi in-charge in 2014 Lok Sabha polls. He later formed frontal organisations that proved to be crucial in the party's 2015 stupendous win.

Meanwhile, former AAP leader Ashutosh today revealed that he was introduced to party workers as AAP's Chandni Chowk candidate with his surname. A former scribe, Ashutosh only uses his first name.

"In 23 years of my journalism, no one asked my caste, surname. Was known by my name. But as I was introduced to party workers as LOKSABHA candidate in 2014 my surname was promptly mentioned despite my protest. Later I was told-Sir, how will you win. There are many votes of people from your caste," Ashutosh tweeted.

The former AAP leader clarified in another tweet that his comment should not be misunderstood and he is not a part of the anti-AAP brigade.

Political analyst Suhas Palshikar said the use or non-use of surname for electoral purpose also mirrors the society we live in.

"It would be wrong to say that urban voters are less caste or religion conscious. In fact, the aspect of regional affiliation also plays a major role there," he said.