Delhi Chief Minister Arvind Kejriwal said his government's Public Works Department is responsible for upkeep of a few roads in the national capital, but these roads see the most traffic 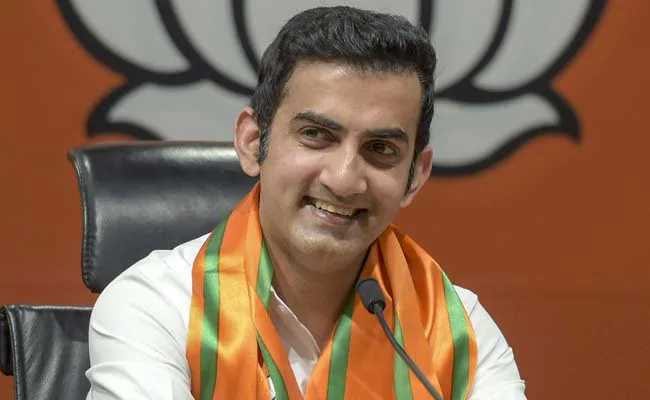 Mr Kejriwal said his government's Public Works Department is responsible for upkeep of a few roads in the national capital, but these roads see the most traffic.

"Delhi has few roads under Delhi government (PWD), but millions of vehicles run on them every day. To erase any inconvenience to the public on the roads due to rain, this campaign is being carried out. For the first time roads are being inspected on such a large scale," Mr Kejriwal tweeted.

An hour later, Mr Gambhir poked at the Chief Minister with a tweet that indicated the roads in Delhi under the PWD were not in a good shape. "Please go slow. There are many potholes. We know the realities of Delhi. But to keep yourself happy it's a good thought," the BJP MP from East Delhi, which see some of the worst traffic jams in the city, tweeted in Hindi.

Mr Kejriwal said 50 MLAs of the Aam Aadmi Party will inspect 20-25 km of roads maintained by the PWD. Engineers will accompany them. "The MLAs will take photos of potholes and upload their locations and details on an app," Mr Kejriwal said.

The move to repair roads comes as Delhi heads for election next year. Mr Kejriwal's party has been highlighting the work done by his government, especially in improving state-run schools and healthcare.

The AAP swept the Delhi election in 2015 with winning 67 of the 70 assembly seats. The BJP took the rest and the Congress scored a duck. The AAP later made good on its election promise to slash electricity bills and provide free water up to a fair-use limit to every eligible home.

In the national election held in April and May, the BJP took all the seven Lok Sabha seats in Delhi.