JNU vice-chancellor M Jagadesh Kumar's remarks came in the wake of allegations by the Jawaharlal Nehru University Teachers' Association (JNUTA) that no substantial discussion was allowed in Executive Council meetings. 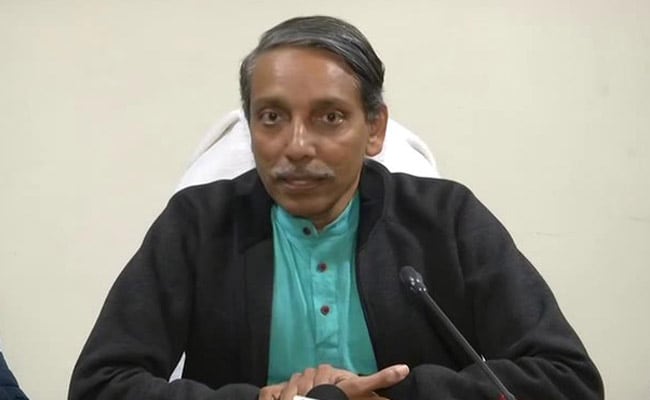 He said decisions in the university are taken collectively by the statutory bodies and their criticism is affecting its image.

The vice-chancellor's remarks came in the wake of allegations by the Jawaharlal Nehru University Teachers' Association (JNUTA) that no substantial discussion was allowed in Executive Council meetings.

The teachers' body was also critical of the approval of the decision to establish a medical school in the university.

Responding to the criticisms, Mr Kumar said, "Whether it's the establishment of a medical school or the counter-terrorism course which had come in for criticism, all the decisions are discussed by the academic council and executive council. Any criticism to them is unfounded."

"A lot of groundwork was done for the establishment of the School of Medicine and it is in tune with the statutes of the university," he said.

The JNUTA has alleged that the at the Executive Council meeting nod was given to starting of new undergraduate programmes with provisions of granting certificate, diploma, advanced diploma, graduate and post-graduate degrees to students exiting at different stages of their course.

They claimed that this would destroy the post-graduate research character of the university.

In response, the vice chancellor said that "few of our colleagues are trying to pull down the image of the university" and termed them "armchair critics".