Airtel network restored in parts of Delhi after outage 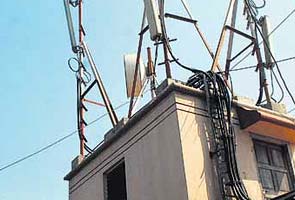 New Delhi: Airtel network was restored in some parts of Delhi after an outage in the national capital that lasted just over a couple of hours.

The company attributed the problem to a technical outage that affected some of their circuits.

An official Airtel statement said, "An unforeseen technical outage had affected services on some of our circuits. As a result, some of Airtel Delhi Mobile subscribers have experienced connectivity issues. The network is up now. We deeply regret the inconvenience."

Lines seemed to have been down since about 6:45 p.m. today. Twitter was abuzz with customers complaining about the lack of network coverage in all parts of Delhi and its neighbouring areas.

Ravsharm from Noida said: "@airtel in Not a single airtel mobile is working in Sector 61, Noida."

Our efforts to reach Airtel customer service at the time also ended with a busy response. We were not able to reach the Airtel spokespersons too, probably because of the same outage.

Promoted
Listen to the latest songs, only on JioSaavn.com
Customers had not been able to reach Airtel's customer care for a long time too.

Aanondo, another Airtel customer tweeted, "Is the Airtel n/w down? What's the problem and how can the CC lines be busy for the past 1.5 hrs."