The AAP leader has alleged anonymous death threats and asked the court to order a CBI investigation. 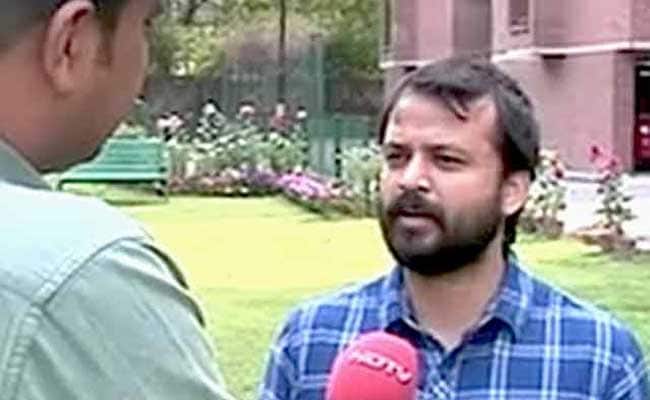 New Delhi: Aam Aadmi Party (AAP) leader Ashish Khetan has requested the Supreme Court for protection, alleging that he has been receiving threats from right wing organisations. In his petition, Mr Khetan has alleged that there is a threat to his life from groups like Abhinav Bharat, Sanatan Sanstha and Hindu Jan Jagran Samiti.

The case will be heard on June 5.

Asking for a CBI investigation, Mr Khetan has alleged that he has received letters threatening that he will be killed. He said he had also complained to the Delhi Police but no action was taken.

His petition also urges the top court to issue directions to the police on protecting journalists, activists and others who he says have faced similar threats.

Mr Khetan had written to Home Minister Rajnath Singh earlier this month asking for action and Chief Minister Arvind Kejriwal had also tweeted on it.

In his letter to the Home Minister, Mr Khetan flagged a threat letter that he said he had received on May 9. He has described it as a "chilling reminder of the growing confidence of anti-national forces."

Mr Khetan, a former journalist, is the vice-chairman of the Delhi Dialogue Commission, which was set up by the AAP government to follow up on the implementation of various poll promises made by the party for the 2015 Delhi election. In 2014, he contested and lost the 2014 Lok Sabha election from the New Delhi constituency.
Comments
Ashish KhetanAAPAshish Khetan death threatsAbhinav BharatSanatan SansthaSupreme Court