The AAP on Wednesday questioned the Delhi Police and the Centre on their alleged inaction against human trafficking and said those involved in the racket were hand in glove with the top echelons in power. 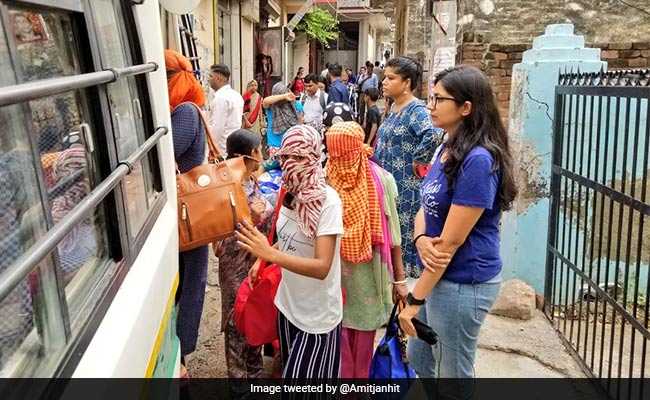 As many as 74 girls from different locations in Delhi in the past one week.

The AAP on Wednesday questioned the Delhi Police and the Centre on their alleged inaction against human trafficking and said those involved in the racket were hand in glove with the top echelons in power.

The Aam Aadmi Party''s accusations came after the Delhi Commission for Women rescued as many as 74 girls from different locations in Delhi in the past one week.

Addressing the media here, AAP Chief Spokesperson Saurabh Bharadwaj said: "It is shocking that the Delhi Police had no intelligence about the girls being brought here from Nepal to be sold in some Gulf countries. It is almost as if the police had no interest in the matter."

He said that the areas from where these girls were rescued were not some remote locations. "Everyone knew about it, but even then the police did not bother to file an FIR or arrest anyone, except small fries like cooks and drivers."

"Their inaction just shows how the whole international syndicate is linked to top levels in the Delhi Police and the central government," Mr Bharadwaj added.

The AAP leader also took a dig at the prevailing situation vis-a-vis the human trafficking in India.

"When a cow is being transported from one city to another, it is intercepted multiple times. But when girls are being illegally transported through multiple cities and are then sold to other countries, no one knows anything."

Mr Bharadwaj also dubbed the External Affairs Ministry as the "so-called Twitter Department of India" and asked how could authorities in the Ministry or its Immigration Department know nothing when girls with "forged" NoCs (no-objection certificate) were sent abroad.

The AAP leader said that all this could have been avoided and it would have been easy to nab traffickers if "1.5 lakh closed circuit televisions were installed in the city".

"These incidents prove why the central government and the Lt Governor -- who is actually responsible for raiding such places -- are not ready to implement the CCTV project in Delhi.

"All this would not have been possible if the Centre did not have a hand in this matter," Mr Bharadwaj alleged.