The court has told the election commission to hear the case against the 20 AAP lawmakers afresh. 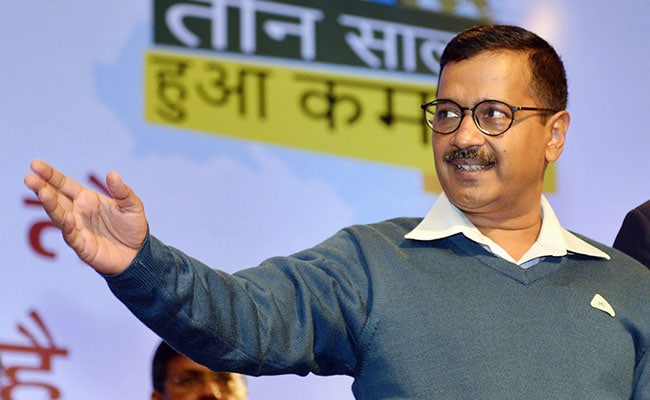 New Delhi: Aam Aadmi Party, or AAP, lawmakers should have been told that OP Rawat, the then Election Commissioner, had decided to deal with the office of profit reference against them, the Delhi High Court has said in its verdict that reinstated 20 AAP lawmakers on Friday.

Mr Rawat had earlier stepped back from the case because Chief Minister Arvind Kejriwal was seen to question his independence but he had later reversed his decision. But the AAP learnt about it only after the President Ram Nath Kovind disqualified the 20 legislators. This was one of the three key points that the AAP lawmakers had approached the Delhi High Court.

"The petitioners rightly submit that they were kept in dark and not informed.... We would unhesitatingly and without any reservation hold that the re-joining or withdrawal of recusal by Mr OP Rawat should have been communicated and informed to the petitioners," the high court's two judges, Justices Sanjiv Khanna and Chandra Shekhar, ruled.

The court has told the election commission to hear the case against the 20 AAP lawmakers afresh.

Mr Rawat, who had taken over as Chief Election Commissioner from Mr Joti, did not comment on the verdict since he hadn't gone through it. He, however, told NDTV that he could indicate when the fresh hearings in the case could begin only after reading the judgment. "Whatever judicial pronouncement comes we take care of it and honour them," he said.

The central theme of AAP's case was that the Election Commission had violated principles of natural justice on several counts. The court accepted this contention, holding that the commission's recommendation was "vitiated and bad in law".

The court's disapproval of the way the Election Commission had decided the case is seen to have hurt the institution's credibility.

20 lawmakers were disqualified in January on the Election Commission's advice for holding offices of profit. This meant they broke the basic rule by holding positions with the Delhi government that entitled them to perks or powers.

The recommendation had immediately triggered vehement protests from AAP, which attacked then Chief Election Commissioner AK Joti. AAP had called the recommendation Mr Joti's "parting gift to PM Modi". AAP leaders alleged that Mr Joti got the commission to deliver its verdict without hearing them out since his term was going to end a few days later.

The high court also accepted AAP's argument that one of the three commissioners, Sunil Arora, had joined the commission in September 2017 and co-signed the decision without participating in a single hearing.

Promoted
Listen to the latest songs, only on JioSaavn.com
The judges cited this as another ground for cancelling the commission's recommendation, saying "no hearings were held before him".

"Thus there have been errors and lapses, which would vitiate the opinion," the court opined, ruling that the concept of office of profit was a subject with such "complexity and divergent views" that "oral arguments and elucidation on the legal position as well as factual matrix is required and necessary".
Comments
Arvind KejriwalAAP