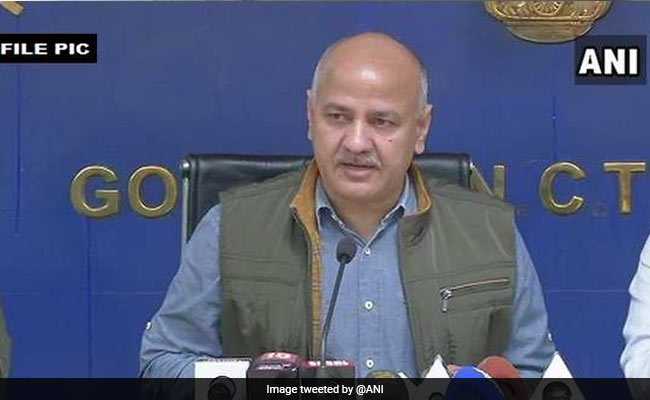 Delhi minister Manish Sisodia said he had been pressing that guest teachers be made permanent. (FILE)

In a move to help guest teachers in state government schools, the Delhi Cabinet on Wednesday approved a policy to allow them to work till the age of 60 - like regular teachers, Education Minister Manish Sisodia said.

There are 22,000 contractual teachers, called guest teachers, in Delhi government schools currently. They had been protesting outside Mr Sisodia's home since last week after their contracts expired on February 28 and they were not allowed to work.

Mr Sisodia, briefing the media about the policy, said he will go to Delhi Lt. Governor Anil Baijal for his approval as he is the head of the Services matters in Delhi.

"Being the head of the Services, Baijal is not only responsible for transfers and postings but also that the Education department functions smoothly," he said.

He said that out of the 64,000 posts of teachers in Delhi government schools, 58,000 are functional and comprise both regular and guest teachers.

"So, 22,000 of these 58,000 were guest teachers, recruited on the basis of merit from time to time through vacancy notifications during our time and before.

"Before us, there was a rule that these guest teachers were appointed every year. We stopped this practice. We continued the teachers to avoid the hassle they had to face every year."

He said his government protected the guest teachers till they could, but were told that since the Services was with the Central government and teachers and their recruitment also came under it.

"Through the wrong interpretation of the Constitution, the Centre, through the LG, captured the Services matter in Delhi... How will we run our schools like this?" he asked.

Mr Sisodia said that for two years, he had been saying that the guest teachers should be made permanent.

"The BJP at the Centre wants to make the Education Department dysfunctional," he alleged.

With the Cabinet passing the policy, he said that it will apply for all guest teachers, recruited on the basis of merit, he said, adding that since regular teachers can work till the age of 60, this rule will also apply to guest teachers.

"Their conduct rules will also be same as that of regular teachers.

"This is not a policy we are implementing out of blue, the same had been implemented in Haryana by the BJP in power there. If they can do it in Haryana, what is the issue in Delhi? LG, the head of Services, can do this in minutes," Mr Sisodia said, as he left for a meeting with the LG.

He also accused the BJP for spoiling the entire system of Delhi through the Services. "I would request the people to remove it from the power this time."

On Tuesday, Mr Sisodia also wrote to the LG on the issue, citing the challenges the schools are facing due to lack of such a large number of teachers at a time when exams are being conducted and preparations for the new session are on.