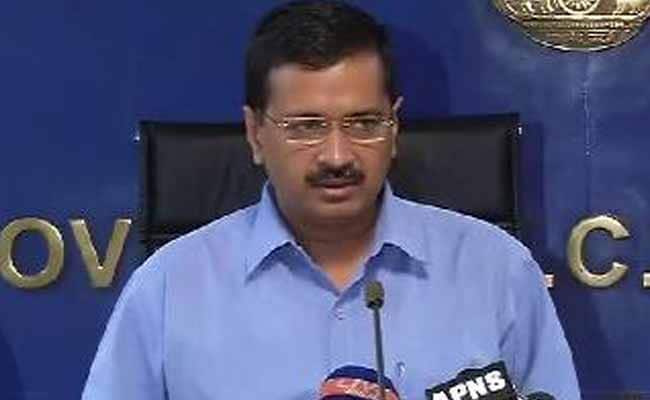 Mr Kejriwal said that the government is going to revive around 150 dispensaries, presently housed in "dilapidated buildings", over the next few months where specialist care would be provided to reduce dependence on hospitals.

"Tomorrow we have our cabinet meeting. In that meeting, we will most probably pass the budget to open 1,000 mohalla clinics. If the budget is passed then work will immediately start on building the clinics across Delhi and I hope that the work shall be completed in six-eight months," Mr Kejriwal said.

Before the inauguration of the clinic, which was earlier a facility exclusively for women and maternity care, east MCD workers were seen expeditiously cleaning up the area, reeking of rotten waste.

Locals complained that most of the time garbage lies littered on streets and bylanes of the locality. "The MCD workers are busy sprinkling bleaching powder but they are absent most of the time," Hazarilal, a resident, said.

Mr Kejriwal also promised to relocate the garbage dump, located right opposite the polyclinic, after local MLA Anil Bajpai made a request to this effect on stage. "You look for suitable land and the relocation shall be done," Kejriwal said.

Although, Mukesh Kumar, an MCD official, claimed that around 12 trucks are deployed everyday for the purpose of carrying the waste to dumpyards.

Health Minister Satyender Jain, who was also present on the occasion, promised to provide all diagnostic and treatment specialities in varied areas such as child care, dental, Gynaecologythat are available in hospitals.

Speaking at the event, Mr Kejriwal said the facility, squeezed in the middle of a bustling vegetable market, was spruced up within a short duration of two months from a "state of ruin".

The health model, that the government has drawn up, is comprised 1,000 mohalla clinics and 100-150 polyclinics around the city, which, Mr Kejriwal said, will take care of nearly "99 per cent" of the diseases thus reducing the dependency on big hospitals such as Guru Tegh Bahadur.

"Apart from specialists you will get the facility of ECG, ultrasound, Xray here. We will first open one such polyclinic in every constituency and then will try to take the number to two.

"Big hospitals like GTB will come into the picture only when the question of admitting someone would arise. Presently 90 per cent of the crowd in hospitals is composed of people who visit the OPD," Mr Kejriwal said.

The Chief Minister credited the "honesty" at the "top- rung" of the government for all its achievements and dissed the area's former Congress MLA Arvinder Singh Lovely for "failing" to open any hospital in his 20-year-long tenure.

"What Lovely-ji could not do in 20 years, Bajpeyi-ji did in a matter if eight months," Mr Kejriwal said.