Cutting and even pruning of trees require permission from authorities under the Delhi Preservation of Trees Act. 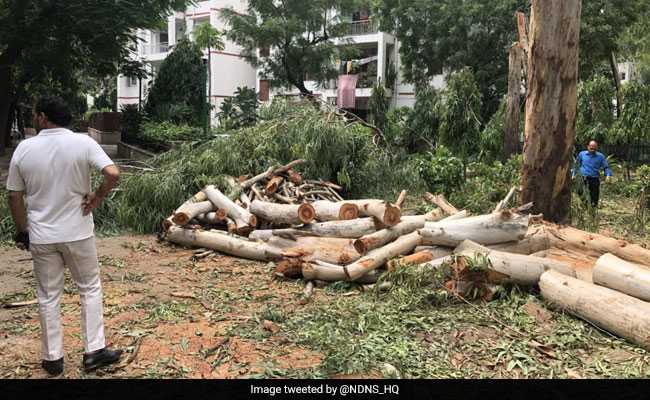 Around 33 trees were heavily pruned and five cut in the NCERT campus on Aurobindo Road without permission from the forest department, an official said today.

Acting on a complaint from an NGO, a team of forest rangers visited the campus yesterday and found that five trees were cut and 33 were heavily pruned, the forest department official said.

Cutting and even pruning of trees require permission from authorities under the Delhi Preservation of Trees Act.

He said the NCERT campus had applied for permission to cut and prune trees, but before the forest department could take a look into the application, the trees were pruned and some cut.

A report was submitted yesterday by the forest rangers who visited the spot and a decision on further action would be soon taken, the official said.

According to the complainant Verhaen Khanna from New Delhi Nature Society (NDNS), more trees were pruned than recorded by the forest department.

"A whole row of trees along the fence were heavily pruned and there were eucalyptus and semal trees among the ones that were chopped," he said.

There has been a movement against tree cutting by various NGOs and citizens in Delhi, which started after it was reported that over 16,000 trees would be chopped off for a redevelopment project in South Delhi.