President Ram Nath Kovind had on Sunday okayed the Election Commission's recommendation to disqualify the AAP legislators for holding offices of profit as parliament secretaries. 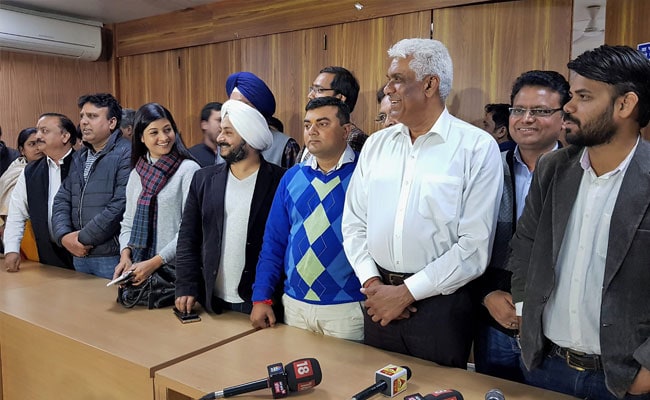 New Delhi: 20 Aam Aadmi Party legislators, who were disqualified in office of profit case after the president's order, moved the Delhi High Court today against their removal from the Delhi assembly. The petition will be heard by the court on Wednesday .

President Ram Nath Kovind had on Sunday okayed the Election Commission's recommendation to disqualify the AAP legislators for holding offices of profit as parliament secretaries.

If courts do not reverse the disqualification of AAP legislators, by-elections will be held for the 20 seats. But even the loss of all 20 will not impact AAP's majority in the Delhi assembly, the party has 66 seats in the 70-member assembly. If it is reduced to 46, it will still have many more lawmakers than the majority mark of 35.

Delhi's opposition parties the Congress and the BJP have said Chief Minister Mr Kejriwal should quit on "moral grounds". The BJP has four members in the Delhi assembly, the Congress has none and a by-election will give both parties a chance to win a few seats.

The Election Commission recommended to the President on Friday last that the 20 AAP legislators, by occupying the post of parliamentary secretaries between March 2015 and September 2016, had held offices of profit and should be disqualified.

The MLAs have moved the High Court against the poll commission's recommendation, alleging that they were not given an opportunity to defend themselves by the election panel.

Promoted
Listen to the latest songs, only on JioSaavn.com
Allowed to appoint only a limited number of ministers, Chief Minister Arvind Kejriwal had, after AAP's sweep of the Delhi assembly elections in 2015, appointed 21 legislators as parliament secretaries. Parliamentary secretaries assist ministers with their work. AAP insists that despite holding the post, its MLAs did not take salary or perks and so they cannot be seen as having held offices of profit.

Deputy Chief Minister Manish Sisodia questioned the disqualification in an open letter to the citizens of Delhi on Monday. "Is it fair to push Delhi into an election like this? Is it justified to remove elected lawmakers in this unconstitutional and illegal manner? Isn't it dirty politics?" Mr Sisodia questioned in the letter that critics said looked like AAP's early pitch for by-polls that seem inevitable.
Comments
AAP lawmakers' disqualificationOffice of Profit AAP