3 Dead, Seven Injured In Gas Cylinder Explosion In UP 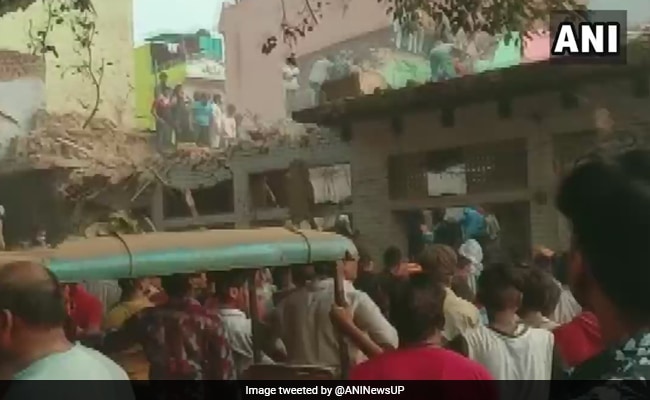 Senior police officials said the affected building has been cordoned off as a precautionary measure.

Three people died and seven more sustained injuries in an explosion apparently caused by a gas cylinder at a building in the Aligarh's Delhi Gate area on Tuesday, police said.

While two people died on the spot, one person succumbed to injuries while undergoing treatment, they added.

As per preliminary investigations, it appears that a gas cylinder exploded in the building, they said.

Superintendent of Police, City, Abhishek Kumar said police were probing if any manufacturing activity was being carried out on the premises.

Senior police officials said the affected building has been cordoned off as a precautionary measure.

District Magistrate Chandra Bhushan Singh said a time-bound inquiry would be conducted into the entire incident.

Rescue operations are underway to look for any other victim who may still be buried under the debris of the building, which was badly damaged in the explosion, the police said.