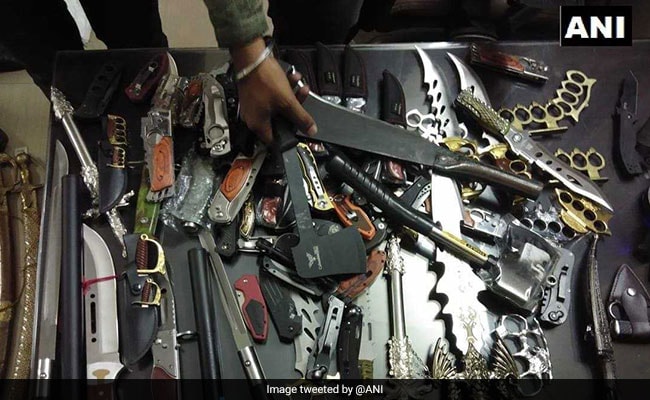 A large number of weapons, including more than 170 guns, swords, machetes and knives, were recovered from a shop of a local Bharatiya Janata Party (BJP) worker in Maharashtra, the police said today.

The weapons were recovered in a raid conducted by the Kalyan Crime Branch.

"Following a tip-off, the raid was conducted at Tapasya House of Fashion, which sells fashion accessories and cosmetic products," a police official said.

These weapons were kept on sale at the shop, he said. 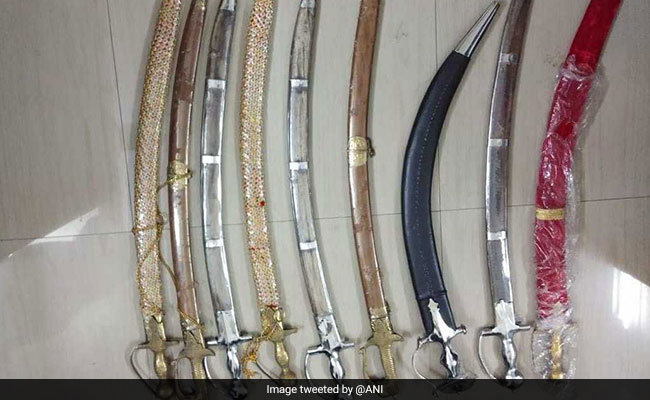 "The seized weapons are collectively worth Rs 1.86 lakh. The outlet has been in operation since seven months," the official said.

"Kulkarni had procured the arms from Crawford Market in south Mumbai, and from Punjab and Rajasthan," he added.

Mr Kulkarni was produced before a local court on Tuesday, which remanded him in judicial custody.

The NCP demanded an explanation from Maharashtra Chief Minister Devendra Fadnavis over the arms seizure.

State NCP president Jayant Patil said the incident showed the manner in which the BJP wanted to rule. "What kind of riots does the BJP want to incite by use of these weapons?" he said.