For the next three days, the weather department has forecast rain and thunderstorm in Shimla. 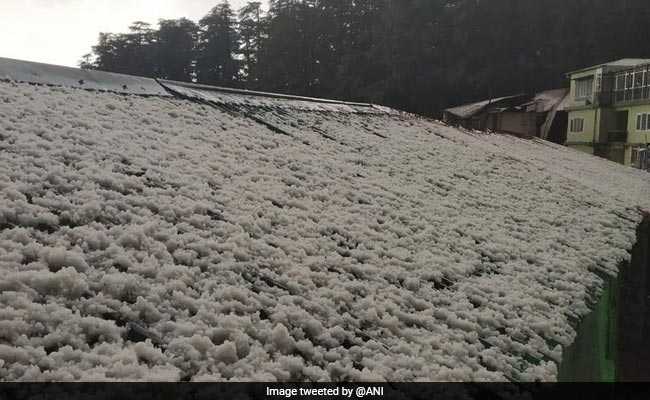 Roofs of homes in Shimla were covered in a white sheet as a heavy hailstorm hit today.

As the rest of North India continues to reel under scorching heat, Himachal Pradesh's capital Shimla was hit by a heavy hailstorm today. The minimum temperature in the popular tourist destination was recorded at 10 degrees Celsius, the weather department said.

Pictures from Shimla, released by news agency ANI, show roofs of homes covered with hailstones, giving an impression of a white sheet spread across a large area.

For the next three days, the weather department has forecast rain and thunderstorm in Shimla. Skies in Shimla are likely to be cloudy from May 5-7. The minimum temperature in this week will vary between 12 and 17 degrees Celsius, the Met department said. 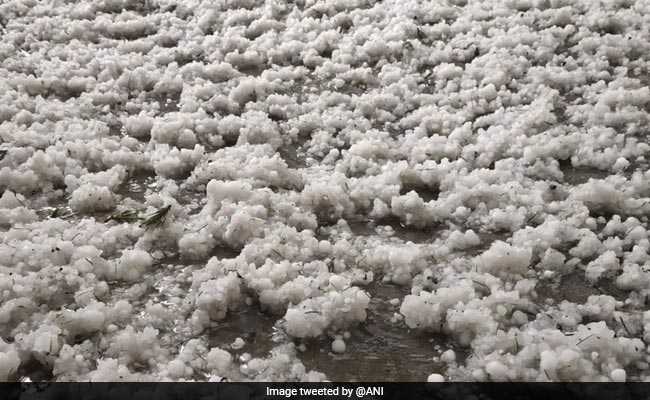 Minimum temperature in Shimla was recorded at 10 degrees today as heavy hailstorm hit.