The four second-year students were suspended on the basis of the report of preliminary inquiry conducted by the anti-ragging committee of the college, IGMC principal Dr Ravi Sharma said. 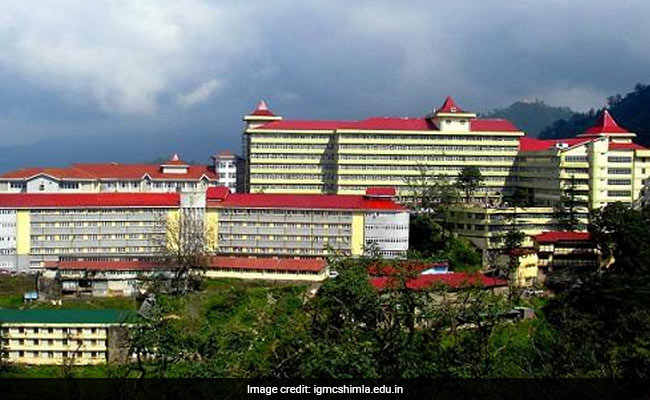 Four MBBS students of the Indira Gandhi Medical College and Hospital in Himachal Pradesh's capital Shimla were expelled on Saturday and a complaint was lodged for allegedly ragging a first-year student hours before the freshers' party, officials said.

The four second-year students were suspended on the basis of the report of preliminary inquiry conducted by the anti-ragging committee of the college, IGMC principal Dr Ravi Sharma said.

The parents of the four students were also informed about the suspension from the college and the hostel, he added.

The first-year MBBS student had sent an anonymous complaint through an email to the anti-ragging cell of the Medical Council of India or MCI on Monday in which it was alleged that the four seniors ragged him a few hours before the freshers' party on October 29, an IGMC official said, adding that the MCI forwarded the complaint to the IGMC authorities.

Subsequently, the IGMC anti-ragging committee headed by its principal Dr Sharma held a series of meetings, he said, adding that no complainant came forward.

However, the IGMC authorities got an audio clip which prima facie established the allegation of ragging, the principal said.

A complaint was sent along with the audio clip to Shimla police for taking appropriate legal action in this regard, he said.

Shimla Superintendent of Police Omapati Jamwal told PTI that a complaint was being registered against the four students on the basis of the complaint received from the IGMC principal.

The matter will be thoroughly investigated after registering the complaint at concerned Sadar police station under relevant sections, he added.