Ludhian's Gurpreet Singh secures 98 per cent to top Punjab's Class 10 Board Exams (PSEB). He said that he was quite surprised to know he topped. 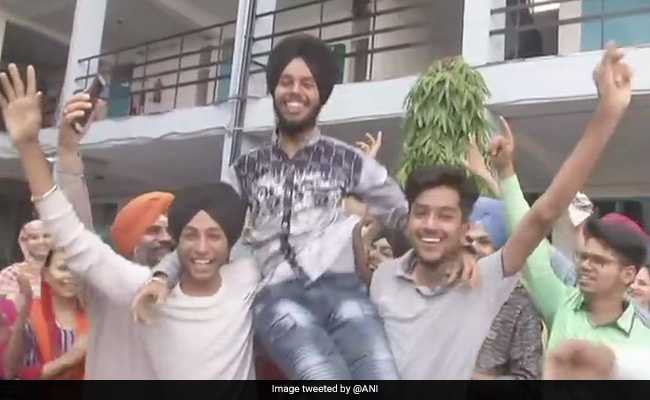 Friends rejoice as they lift Gurpreet Singh, PSEB Class 10 topper, in the air.

It's celebratory time in Ludhiana's Shri Harikrishan Sahib School as its student Gurpreet Singh secured 98 per cent to top Punjab's Class 10 Board Exams. The sound of dhol drowns the topper's voice as all the limelight falls on him after the announcement of results on Tuesday.

As sweets get circulated around, an elated Gurpreet told ANI, "My sister called me to tell me about my result. When I asked her about my percentage, she said that I have topped in Punjab. So I rushed to the school and everyone was here."

"I am very happy about the result. It was totally unexpected and I was quite surprised to know that I have topped the exams," he said, as friends gather around to lift him up in the air. 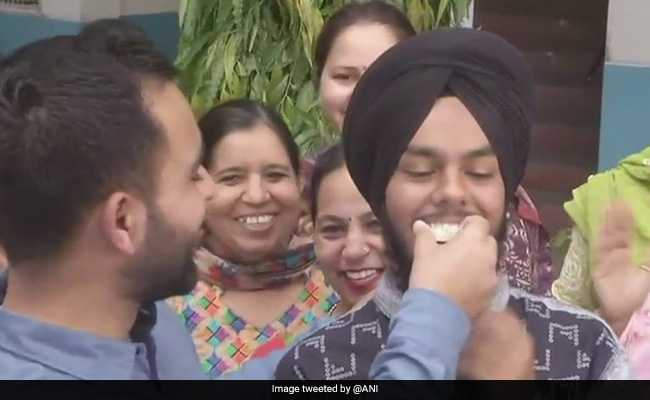 Gurpreet, who wants to do PhD in Physics Research, said that he studied hard but does not believe in over-studying as that exhausts the mind.

"My school teachers and staff are like family. They cooperated at all times and helped us solve all doubts and queries," said Gurpreet. 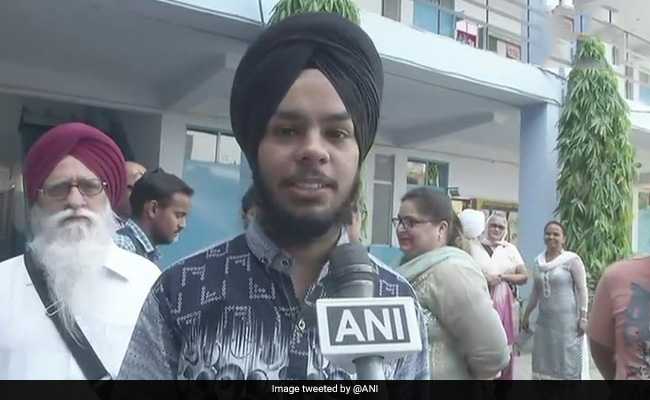 Gurpreet Singh thanks his teachers for clearing all his doubts.

His mother could not hold her tears as she expressed her joy. "My son has really worked very hard throughout the year. He did not attend any function and would just keep studying," she said.

Promoted
Listen to the latest songs, only on JioSaavn.com
He can study whatever he wishes to, said the emotional mother who he is also a tuition teacher. "He used to study himself and also helped my tuition children in studying," she said proudly. 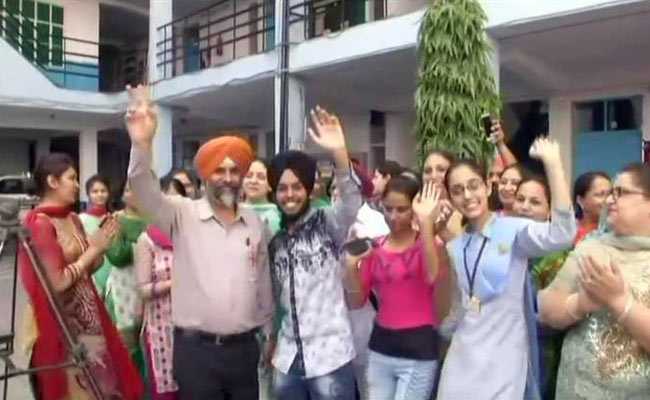 Gurpreet Singh dances with his father and other relatives to celebrate.

Gurpreet's father said that though they face financial constraints, but will ensure that his dreams are not compromised and he can study as much as he wants.

It's also a matter of prestige for Gurpreet's Shri Harikrishan Sahib School as it's for the first time that a student has topped the state from their school. "Teachers and management have worked very hard with the students and the results have proven that their efforts have paid off," the school principal said.

The complete result will be uploaded on the PSEB website on Wednesday.