The most inspiring thing for me is PM Modi's motto, "Sabka Saath, Sabka Vikas". I want to go by it, said Jessel Viola D'Souza who is fighting Mangaluru city corporation elections. 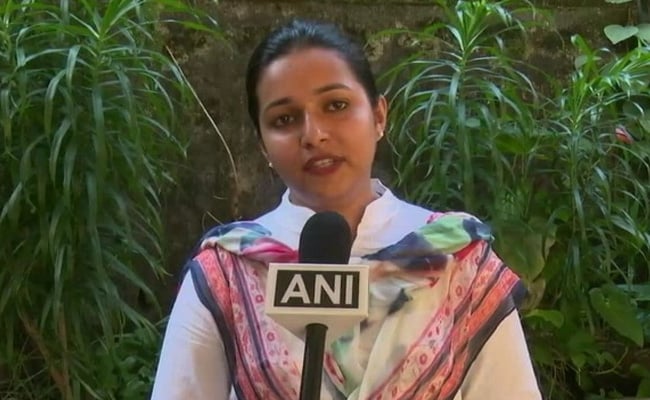 A cancer survivor has decided to fight Mangaluru civic polls in Karnataka as a BJP candidate. Prime Minister Narendra Modi is her inspiration, she said.

Jessel Viola D'Souza, 26, who was suffering from the papillary carcinoma cancer, also called thyroid cancer, has undergone radiation treatment for two years. She will be fighting Catholic-dominated Bendur against three-time corporator Naveen D'Souza.

"The most inspiring thing for me is PM Modi's motto, "Sabka Saath, Sabka Vikas". I want to go by it. Let's leave all the divisions of caste, creed and religion behind and move ahead with the development of the country," she was quoted as saying by news agency ANI.

"I have had tough times, but I stood up with the support of my family, friends, and school. I request all who suffer from cancer to not look back and just walk forward because there is a solution for everything," the MBA graduate said.

She also thanked the BJP for providing her with the opportunity to contest for the city corporation elections.

"The development will start from my ward. I want to have a voice in the corporation and make changes in it. I have been seeing the problems of my area for two years and have been closely following them. I have attended many rallies," Ms D'souza said.