The leopard was caught by forest department officials a few hours later. 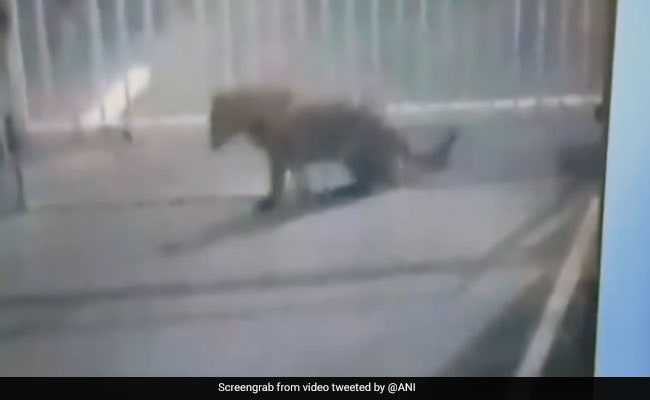 Experts from forest department were deployed to catch the animal.

A security camera caught a leopard sneaking into the Gujarat secretariat in Gandhinagar early this morning, prompting the state forest department to launch a search operation. CCTV footage posted by news agency ANI showed it entering the premises from under the gate.

The leopard was caught a few hours later, ANI reported.

The secretariat houses the assembly building, among other important offices. Its employees were warned against entering the building until the animal was caught. "The leopard was probably lost," a senior official said.

During the search, the entire area was secured to ensure the safety of the officials involved. "There are a lot of offices here, and ensuring everyone's security was  paramount. This was why we secured the area," a senior police officer said.

Tranquiliser guns and cages were brought to the campus as part of the operation to capture the animal.