The accused allegedly also went to a second hospital in the neighbourhood and made a similar attempt on another woman in the ICU.

Bahdurgarh: A man is seen on CCTV footage walking casually into the ICU of a private hospital in Haryana's Bahadurgarh, where he allegedly raped a new mother.

He allegedly told the guard that he was a doctor and entered the ward around 3:30 am. He is seen constantly on the phone while entering the ICU. Inside the ward, he is seen lifting screens and checking out patients.

The same man allegedly then went to a second hospital in the neighbourhood and made a similar attempt on another woman in the ICU. The woman, however, woke up and raised an alarm, after which the man ran away.

He has been caught on camera footage in the second hospital too.

The police have seized footage from both hospitals and have launched a search.

A doctor at the first hospital commented that the man walked confidently,  "as if he knew a patient there." 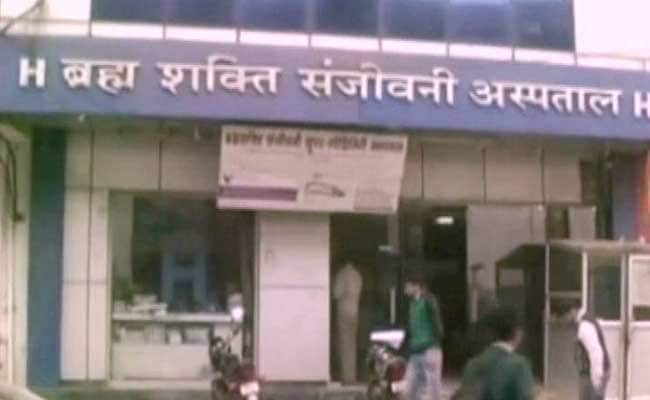 The rape allegedly occurred at a private hospital in Bahadurgarh in Haryana.

A relative of the woman who was allegedly assaulted says no one responded to her screams.

"She is my nephew's wife and she gave birth to a girl yesterday and was admitted to the hospital. I was with her till late 9:45 pm and then left because the hospital staff said no one was allowed to stay the night in the ICU. There was nobody in the ICU when the man entered," the relative said.

"All the patients were sleeping. My daughter-in-law screamed but nobody came, neither any nurse nor any doctor."