Motorman In Maharashtra Stops Train Midway To Urinate On Track

The incident happened on Wednesday, between Ulhasnagar and Vithalwadi railway stations, while the train was on its way to Mumbai. 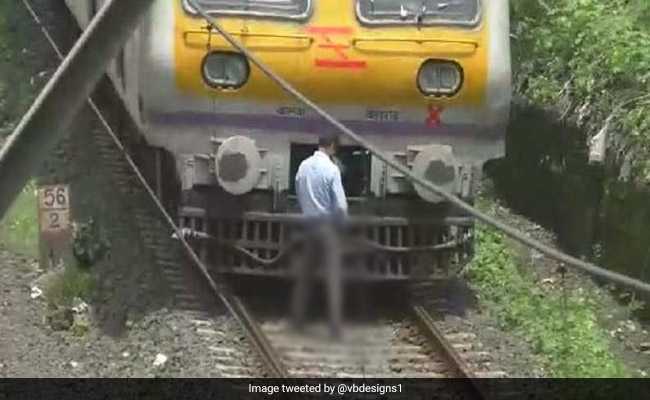 The incident has prompted demand for toilets in cabins of motormen and guards.

The video of a local motorman in Maharashtra, stopping a train to urinate on the tracks has gone viral on social media, prompting demands to install toilets in cabins of motormen and guards.

The incident happened on Wednesday, between Ulhasnagar and Vithalwadi railway stations, while the train was on its way to Mumbai, sources said.

An eyewitness who made the viral video, said he saw the train stopping and the motorman stepping down to urinate in front of the train.

A Twitter user Prasad PV tweeted: "It's not his fault! The Indian Railways are at fault for not providing toilets onboard the locomotive/engine. Don't understand why Swatch Bharat can't be implemented by a government organisation in such an important place and be human."

Another Twitter user Amit Rajendra Varade tweeted: "IR should install Toilets in cabins of Motorman an Guard. The motorman has to drive with total concentration."