3 Smugglers Arrested With Rare Red Sand Boa Snake In UP

The red sand boa snake, anciently believed to bring good luck and wealth, is endangered in India and its smugglers are jailed up to seven years. 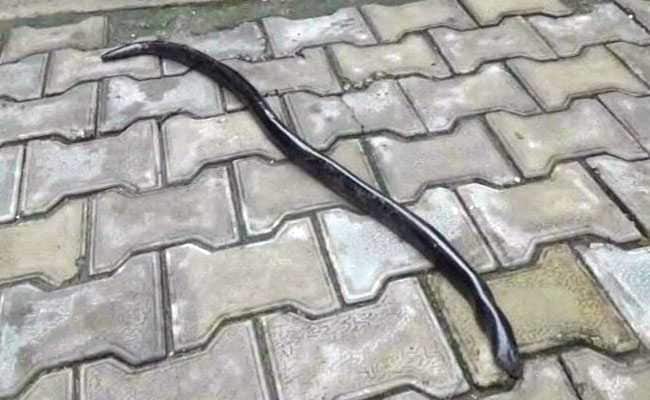 The red sand snake is endemic to Iran, Pakistan and India.

A rare red sand boa snake, protected under Wildlife Protection Act, has been recovered from three smugglers in Uttar Pradesh. The snake, anciently believed to bring good luck and wealth, is endangered in India and its smugglers are jailed up to seven years.

"Three men were showing the red sand boa snake during a fair in Bhagatpur and were talking about selling it. When we got the information, the police and the forest division performed a joint operation and caught the smugglers," said US Singh, Superintendent of Police - Rural.

The three smugglers have been jailed in the matter. One of the smugglers said that he is illiterate and when a woman asked him to catch the snake for "medicinal purpose" and he did it for money.

"The red sand boa snake has a huge demand in the international market, especially in China and Malaysia, where it is used for black magic and medicinal purposes. There are some superstitions attached to the snake and it is believed to bring wealth," Divisional Forest Officer Kanhaiya Kumar said.

He added that the snake is sold in kilograms. "While in India, a 3-4 kg of red sand snake may cost around 25 lakh, internationally the cost can be in crores," Mr Kumar added.

The red sand snake is endemic to Iran, Pakistan and India. The adult snake rarely exceeds two feet in total length (including tail). It is a protected species under Schedule 2 of Wildlife Protection Act, 1972, of India.