Ram Mandir, Ram Janmaboomi: After 28 years, her dream is on the cusp of being turned into reality as the holy city will witness the temple's ground-breaking event on Wednesday 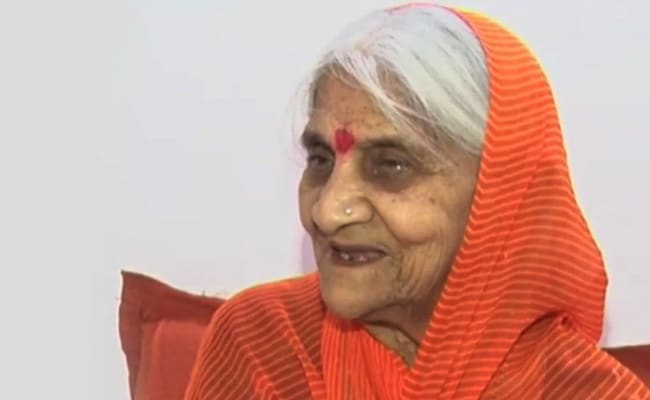 Urmila Chaturvedi, a resident of Madhya Pradesh's Jabalpur, has not eaten a meal since December 6, 1992, when right-wing activists razed the 16th century Babri mosque. She has kept her vow since then that she would not eat regular meals and will only live of fruits until a temple is constructed at the site, believed to be the birthplace of Lord Ram.

After 28 years, her dream is on the cusp of being turned into reality as the holy city will witness the temple's ground-breaking event on Wednesday. The 88-year-old, however, will not be able to attend because of the coronavirus pandemic and is disappointed. She says she will only break her fast in Ayodhya.

"I am very happy that a temple is being constructed. Would have been better if I could have attended the event. They (family members) say they will take me there later. I had even talked to a minister, who said the list has already been prepared," she said.

Ms Chaturvedi says she wants to spend the rest of her life in Ayodhya, by the Saryu River.

"Now I want to live the rest of my days in Ayodhya. It would be better if arrangements are made for my stay there," she said.

Her daughter-in-law Rekha, who has been in the family for 17 years, says Ms Chaturvedi never let anybody meddle with her food habits and would arrange for fruits herself. "We help now as she is at an advanced age," she says.

The groundbreaking ceremony will be attended by Prime Minister Narendra Modi, BJP and RSS leaders.