The man was brought down to safety by railway staff after a guard alerted station authorities . 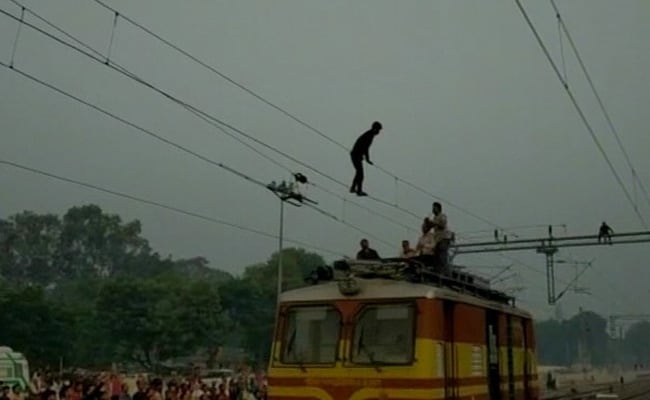 "He was doing acrobatics on a dead overhead wire," a North Central Railway officer said.

Trains were stalled for an hour on Tuesday in Madhya Pradesh's Jhansi rail division after a man climbed up a pole and dangled from an overhead wire, prompting officials to switch off power supply on the route, police said.

The incident happened near Dabra station in Gwalior and the man, who appeared to be of unsound mind, was brought down to safety by railway staff after a guard alerted station authorities at around 6 am, said North Central Railway's Jhansi division's commercial manager Akhil Shukla.

"He was doing acrobatics on a dead overhead wire. We had to switch off power supply to other live overhead wires for an hour to ensure the man was not electrocuted. This, however, hit rail traffic and four trains got stalled," he said.

The man was handed over to the Railway Protection Force for further action, he added.

No Covid Safety, 65 Arrested For Partying At Hookah Bars In Delhi