10 Arrested In Madhya Pradesh For Insurance Fraud Worth Crores

The police, posed as insurance agents, conducted a covert operation to bust the racket, revealing the gang's modus operandi. 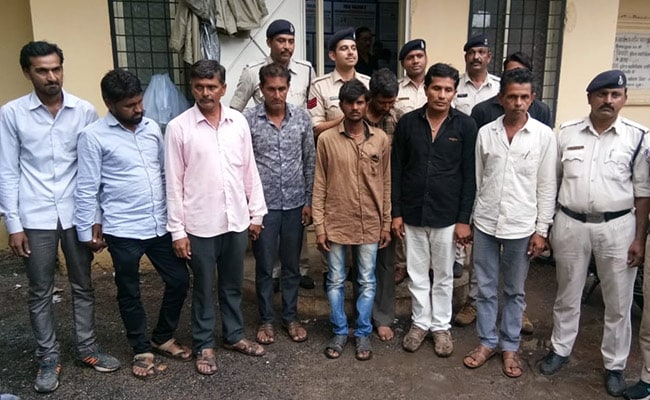 Using the forged documents, the gang would allegedly claim insurance money from the companies.

Ten members of a gang, including a lawyer and a doctor, have been arrested in Madhya Pradesh's Dhar district for allegedly defrauding insurance companies of crores of rupees by forging fake documents of terminally ill patients and people in moribund state.

The police, posed as insurance agents, conducted a covert operation to bust the racket, revealing the gang's modus operandi.

The gang would first identify terminally ill patients and get life insurance cover and vehicles financed in their names, the police said. After their deaths, they would procure fake death certificates to prove that they have died of unnatural causes. Senior citizens would be showed to be young in the certificates to inflate the value of insurance cover.

Using the forged documents, the gang would allegedly claim insurance money from the companies.

"Till now, two cases have been registered and ten men of the gang, including a registered advocate (who is gang's kingpin) and a government doctor (who prepared fake autopsy report to establish accident as cause of death) have been arrested. Four to five more such matters have come to the fore during investigation," Dhar police chief Aditya Pratap Singh said.

In one case, an economically weak septuagenarian woman, who was in a moribund state, was targeted by the gang, the police said. A life insurance policy was purchased in her name through the online route. After she died a natural death, a fake death certificate was prepared with the help of a fake autopsy report that showed she died in an accident.

"Subsequently, the fraudsters managed to get Rs 37 lakh as life insurance claim, out of which Rs 80,000 was given to the woman's son for drip irrigation of his small agricultural plot," Mr Singh said.

In another case, the gang allegedly got 8-10 vehicles, including a JCB machine, four cars, two tractors and two motorcycles financed in the name of a 70-year-old cancer patient, who died in January.

The village panchayat issued his death certificate in February. The gang, however, got another certificate made to pull off a fraud. They mentioned in the fake document that the man was over 40 years of age and that he died in an accident.

Investigation has revealed that the gang was also involved in other financial crimes including frauds committed through fake Aadhar, Income Tax Returns (ITRs), PAN cards, autopsy reports and death certificates.

"Till now probe suggests that they have caused loss worth Rs two to three crores to insurance and finance companies," Mr Singh said.