Governor Anandiben Patel congratulated Jain and wrote a letter to him which went viral on the social media on Sunday. 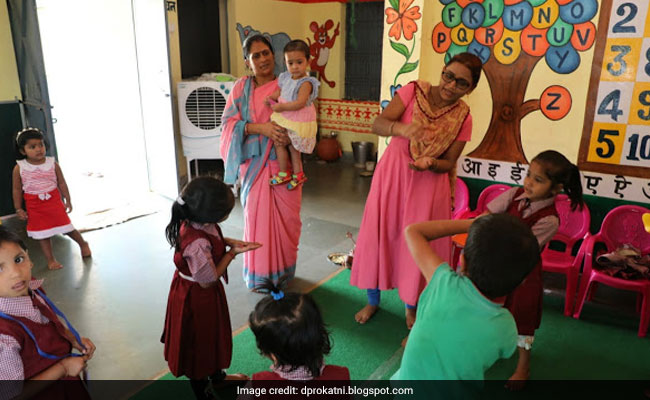 Katni district collector put his daughter an 'anganwadi' for her pre-school learning.

Katni district Collector in Madhya Pradesh, Pankaj Jain, an IAS officer, sends his daughter to an 'anganwadi' - a rural child care centre - for her pre-school learning, saying it was better than many private play schools in the area.

"When responsible officers send their children to these places, the condition there improves automatically. And if there is something lacking, they pitch in and try to improve it," he said.

Governor Anandiben Patel congratulated Jain and wrote a letter to him which went viral on the social media on Sunday.

She wrote: "Public servants are inspirations for the society. The society adheres to their conduct... Your efforts will increase the responsibility of the government servants.

"The positive consciousness will be communicated to the effective operation of the government's welfare schemes. Hopefully, you will continue your loyalty and dedication as a public servant."