Explosives Recovered In Rameswaram Can Only Be Defused By DRDO: Experts

The Deputy Director (controller of explosives) Prasad Yadav and his colleague Sheikh Hussain, inspected the site and the nature of explosives which included mines and grenades. 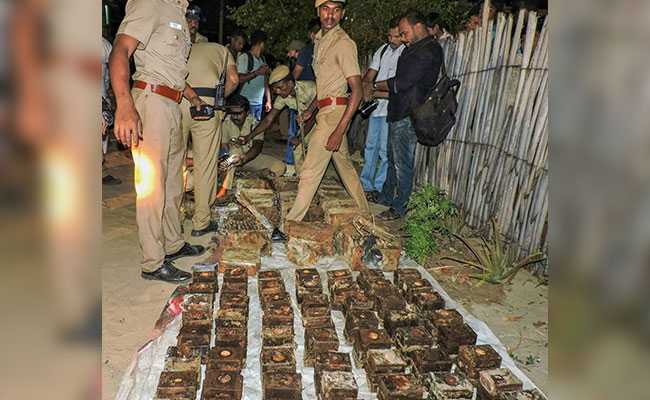 Experts who examined the landmines recovered last month along with a cache of arms and ammunition along the Thangachimadam coast on Tuesday said the explosives could be defused only by the DRDO.

The Deputy Director (controller of explosives) Prasad Yadav and his colleague Sheikh Hussain, inspected the site and the nature of explosives which included mines and grenades.

Mr Yadav told the local bomb squad, which also went to the spot, that the landmines could be defused only by DRDO experts, as the fuse system was complex.

However the squad could defuse the less complex varieties, he said.

Mr Yadav asked officials to soak the entire site with water till personnel of the Defence Research and Development Organisation arrive.

A judicial magistrate had earlier visited the site and taken stock of the quantum of explosives. It had been decided either to defuse the explosives, if possible, or bury them in a safe manner.

The explosives were unearthed on June 25 after occupants of a house in the area alerted police to what they had discovered while a septic tank was being dug.

The arms and ammunition are suspected to have been buried there by terror outfit LTTE, some of whom had camped here in the 1980s during the outfit's war against the Sri Lankan government.