Kiran Bedi took strong exception to the poor attention on the part of the departments to ensure proper street lights, safe road conditions and also proper maintenance of the speed breakers. 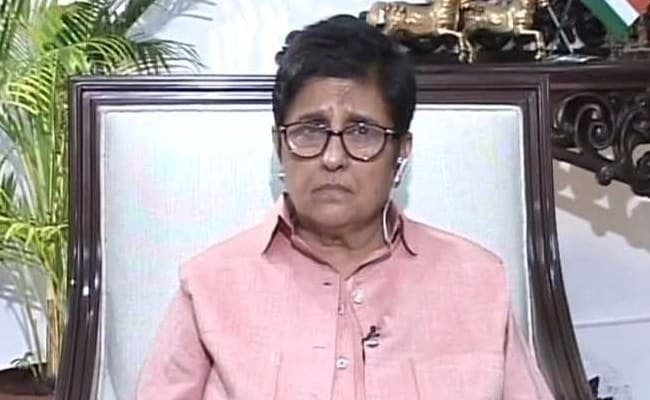 Taking a serious view of defective speed breakers on roads, Lt Governor Kiran Bedi on Wednesday appealed to the people to dial a toll-free number 1031 and inform the government if they come across such ill-maintained structures anywhere in Puducherry.

In a message through her social media post, the Lt Governor said information from the public would be of help for the departments concerned to rectify the perilous speed breakers and potholes without delay.

She also said already the Senior Superintendent of Police (Traffic ) Niharika and her team of police personnel along with Departments of Public Works and Electricity were surveying 'unsafe places' and added if people became part of the 'extended eyes and hands of Puducherry police it would save many a life'.

Ms Bedi had on Tuesday highlighted in her social media communication the message she had received recently from a French national of Puducherry origin on the death of his sister recently after she fell off her scooter on ECR road where a speed breaker was ill-maintained.

The complainant had also stated that there was absolutely no street light on the route and consequently the speed breaker was not visible for the rider.

Ms Bedi took strong exception to the poor attention on the part of the departments to ensure proper street lights, safe road conditions and also proper maintenance of the speed breakers.

Couple Charred To Death After Fire In Their Rented Chennai Flat