Panic Among Residents After 14 Poisonous Snakes Recovered From UP Village

The residents of an Uttar Pradesh village are living in panic and are forced to sleep in their neighbours' houses. 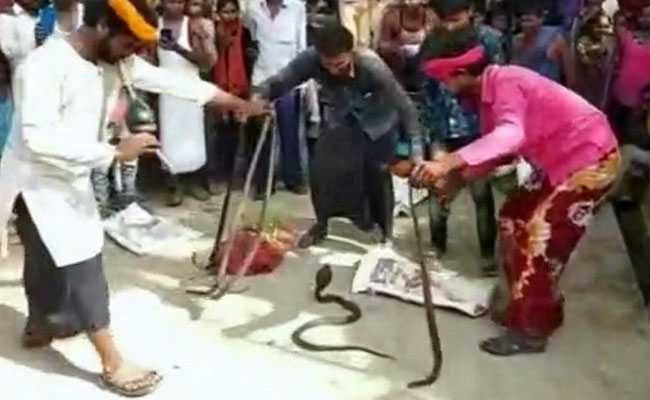 14 poisonous snakes recovered from a house in Uttar Pradesh.

Residents are living in terror after around 14 poisonous snakes and numerous snake eggs were recovered from a house in Uttar Pradesh's Aher village in Kannauj, around 120 km from state capital Lucknow. Snake charmers, who were called in to capture them, say that the bite from these snakes can lead to death. They also suspect that there could be more snakes in the house.

The residents of the house, a family of 8, are living in panic and are forced to sleep in their neighbours' houses. Mahesh Gupta, the owner of the house, said that he is troubled. "As we fall under the Below Poverty Line (BPL) category, I have approached the authorities several times to get a house under the Aawas Yojana, but have always been turned down. Please help us," he pleaded.

Since there is no team to capture poisonous snakes in Kannauj, we had to call the snake charmers, a forest official said.