They Killed Their 6-Year-Old, Then Buried Her... For A Healthy Child

Parents buried child in Moradabad. A post-mortem reveals that there was no food in the girl's stomach and that she died of strangling. 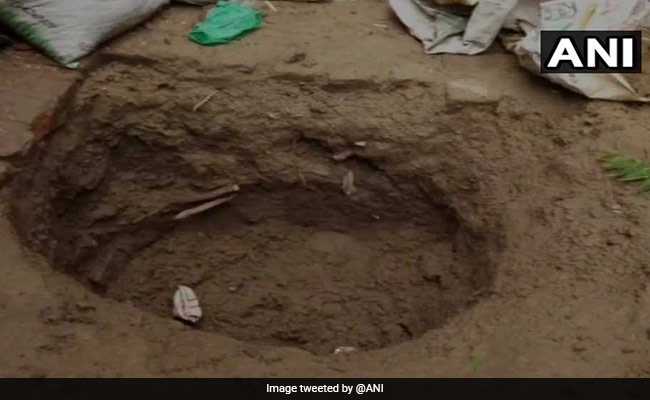 Moradabad: Parents bury their 6-year-old daughter inside home after allegedly strangled her.

A couple in Uttar Pradesh allegedly killed their six-year-old daughter and buried her inside their home, advised by a self-claimed "godman" that their next child would be healthy.

The girl was malnourished and had developed rickets, the police say.

The police arrived at Anandpal's home on a complaint from neighbours. On digging up the floor of their home, they found their daughter Tara's body. They told the police that they buried the child on the advice of a tantrik, reports news agency ANI.

Tara's grandmother said her mother did not want to part with her, so she buried the child in the house and planned to set up a little shrine at the spot.

"We tried several medicines, but nothing worked on her and she kept getting weaker. My grandson has also developed rickets," said the grandmother.

A post-mortem reveals that there was no food in Tara's stomach and that she died of strangling.

"The post-mortem report says the girl was strangled to death," Ravindra Gaur, a police officer from Moradabad said, adding that Tara's parents will be arrested.