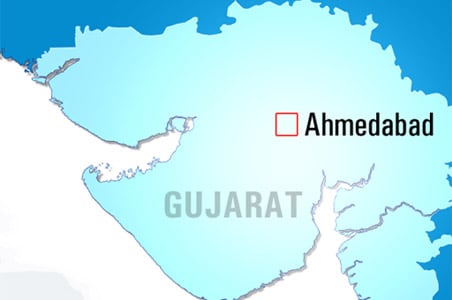 Rajkot: A young unmarried girl died in Rajkot following complications arising due to an abortion that she had undergone last week, police said on Wednesday.

The incident took place on Tuesday when Hansa Makwana (20), from Morbi taluka of the district, died at the H J Doshi hospital here, they said.

Police said after Hansa's death her father Shyamjibhai Makwana lodged a police complaint against her paramour Rajesh Ubharia alleging him to be the one who got her pregnant, and doctors of Kashi Hospital in Morbi town where the abortion was done.

Hansa was five months pregnant when the abortion was conducted at a private hospital in Morbi town, police said, adding, following the abortion she developed complication and was refereed to Rajkot's H J Doshi hospital where she died.

Promoted
Listen to the latest songs, only on JioSaavn.com
They said that efforts were on to nab Rajesh and the doctors of the private hospital who are absconding.

Further investigation in the matter was on, police added.