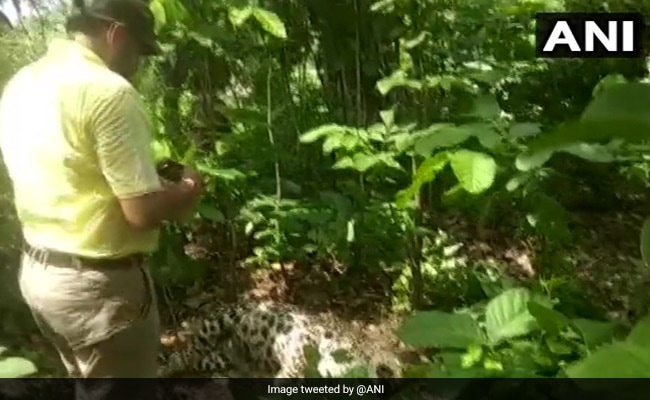 Two of the leopards found dead were females and one was male, official said

Four leopards were found dead on Friday at the Rajaji Tiger Reserve and the Shivalik Forest Circle in Uttarakhand, officials said.

Rajaji Tiger Reserve (RTR) Director Prasanna Kumar Patra said the bodies of three leopards were found within one kilometre from the reserve.

This gives rise to suspicion about the circumstances surrounding their deaths, he said.

Two of the leopards found dead were females and one was male, he added.

The leopards were spotted at Laldhang range of Lansdowne forest division, which is considered the meeting point of RTR's Rawasan range, Chidiyapur range of Haridwar forest division and Landhang range, Mr Patra said.

A combing operation was carried out in the area with the help of sniffer dogs but no headway could be made, he said.

The fourth leopard, a female, was found dead in Lalpani area of Dehradun forest division, the RTR director said.

Prima facie, it appears they were given a strong poison, which led to their deaths, Patra said.

Apparently the leopards seemed alright, but their post-mortem revealed that their bodies had been severely damaged on the inside, he said.