Dhule: Over a lakh kidney stones removed from 1 patient 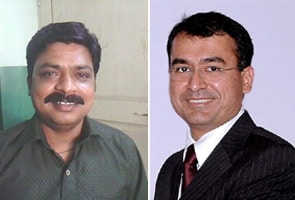 Dhule (Maharashtra): A doctor in Maharashtra's Dhule district has been awarded the Guinness record for removing a record number of 172,155 kidney stones from a single kidney.

Ashish Rawandale-Patil removed the stones from a single kidney of his patient Dhanraj Wadile in December last year.

Wadile, 45, owned a betel shop in Shahada town and was suffering the pains for six months before he approached Rawandale-Patil of Tejnaksh Healthcare's Institute of Urology.

"Wadile was suffering from severe lower abdominal pain. He had consulted many doctors and was on medication for months but could not get relief. We found Wadile had Pelvi-Ureteric Junction obstruction of the left kidney," said Rawandale-Patil.

Rawandale-Patil decided to post the patient for surgery. After getting medical fitness of the patient, he made a detailed plan of surgery because the patient was observed to be having huge number of renal stones.

"The doctors who helped me operate upon Wadile could not believe the number of stones we removed after the surgery that lasted for four hours," Rawandale-Patil said.

The stones were mainly made of calcium oxalate and calcium phosphate and were one millimetre to 2.5 cm big.

"Getting the exact count of the stones was going to be another major job. I decided to call for a diamond worker, who regularly counts and verifies diamonds and teamed him up with one of my doctors," he said.

Rawandale-Patil mentioned that they worked for three hours a day for a month to finish counting the stones.

"I then wrote to the Guinness Book of World Records and they asked me to send the stones and related documents. They verified it and wrote back to me in October telling me that I have made a record," the doctor said.

Promoted
Listen to the latest songs, only on JioSaavn.com
"I got the hard copy of the certificate only a couple of days back," he added.

Rawandale-Patil said: "This is an important milestone for me and my institute. It is the combined effort of my team that could take this small town to an international level."