Houses, Shops Swept Away After Cloud Burst In Uttarakhand's Chamoli

Over ten shops and six vehicles were washed away after a cloud burst flooded Pranmati River in Dharbagad area of Tharali around 3 am in the morning. 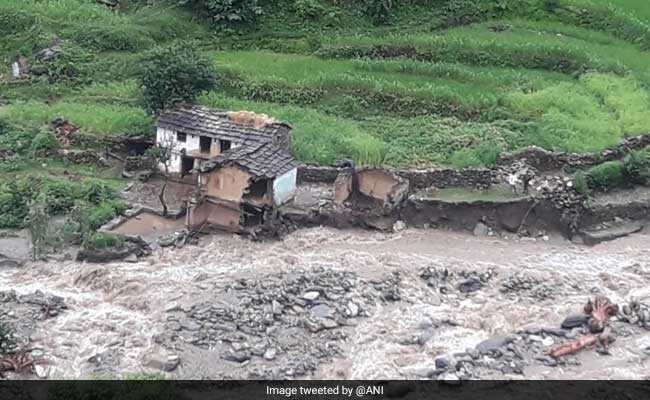 Houses and vehicles were washed away in Ghat's Kundi village after the cloudburst in Chamoli district.

No casualties have been reported in the incident.

Over ten shops and six vehicles were washed away after a cloud burst flooded Pranmati River on way to Ratgaon in Dharbagad area of Tharali at around 3 am, the District Disaster Management Centre in Chamoli said.

Heavy rains also caused landslides in Dhurma-Kundi village in Ghat area of the district where muck and rubble swept away five cowsheds and as many houses, an official spokesperson in Dehradun said.

There were also reports of seven houses being washed away in Maukh Malla village of Serabagad area of Chamoli.

The Badrinath Highway was also blocked for some time this morning at Lambagad, Pipalkoti and Gauchar due to heavy rains.

The highway at Pipalkopti has been opened while JCBs are being used to clear the road at Lambagad and Gauchar, the district disaster management centre in Chamoli said.

Karnaprayag-Gwaldam motor road, which connects Garhwal with Kumaon, is also blocked near Gwaldam, it said.