Firozabad, Uttar Pradesh: After violent protests on December 20, Firozabad police sent out notices to at least 200 people asking them to prove they would not be a threat to peace in the area and furnish surety of Rs 10 lakh each. 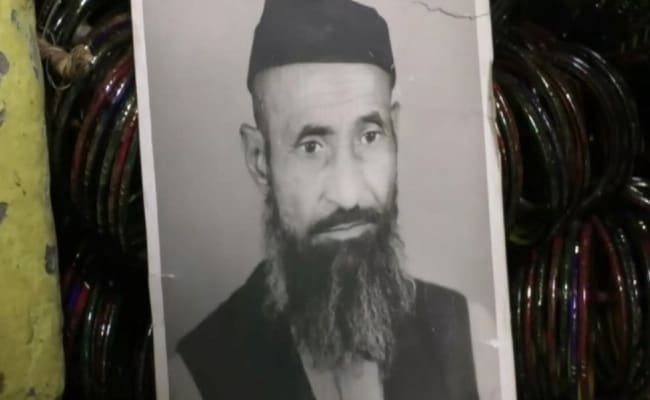 Banne Khan, a resident of Kotla area who was given a notice, died six years ago (File Photo)

The district police in Uttar Pradesh's Firozabad on Friday said that those responsible for sending out notices to a dead man and elderly people over violent anti-CAA protests will be punished.

After violent protests on December 20, Firozabad police sent out notices to at least 200 people asking them to prove they would not be a threat to peace in the area and furnish surety of Rs 10 lakh each.

Among those who were served notices were Fasahat Mir Khan and Sufi Ansar Hussain, both over 90 years and in poor health, and Banne Khan, a resident of Kotla area, who had died six years ago.

"CO (circle officer), city, has been asked to conduct a probe into how a notice was issued in the name of a dead person. The CO's report is awaited and strict action will be taken against those found behind it," said Superintendent of Police, Firozabad city, Prabal Pratap Singh.

Firozabad City Magistrate Kunwar Pankaj Singh said no action will be taken against any elderly person.

"These notices were interim measures initiated on the basis of reports from various police stations. No action will be taken against any elderly person," he said.

The notices were issued under sections 107 (apprehension of breach of peace and tranquillity of an area) and 116 (inquiry as to truth of information) of the Criminal Procedure Code.

Mr Hussain said he failed to understand why he had been served the notice.

"I was in Firozabad on December 18 and had met senior officials during an Urs. I have spent all my life trying to ensure peace in the city. I don't understand why this was done to me at the age of 90," he said.

Fasahat Mir Khan's son Mohammad Tahir said before the notice was sent, policemen had visited their house looking for his father. The family had told them that he was over 90 years old and not keeping well.

"They (policemen) had informed their seniors about this on phone but three days later, the notice was issued. My father has served the society all through his life and had also got an opportunity to meet former president (APJ) Abdul Kalam. It is surprising how such things are happening," Tahir said.

Six people had died in the clashes in Firozabad. As many as 29 people were booked and 14 arrested in about 35 cases registered in connection with the violence.

Uttar Pradesh Chief Minister Yogi Adityanath had warned of a "crackdown" on the protesters and the government ordered that those found responsible for damaging public property during the protests would have to pay for it.