According to the family, the gold was thrown into the garbage by mistake and the cow ate it. 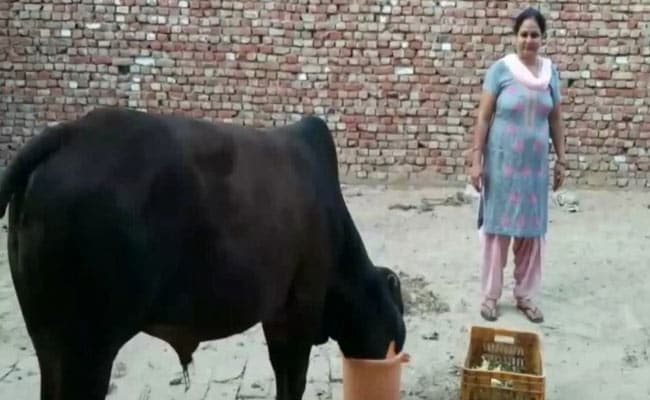 The family hopes that they will get the gold from its dung.

A bull ate about 40 grams of gold ornaments that belonged to a woman living in Kalanawali area in Haryana's Sirsa.

Speaking to reporters, Janakraj said, "The incident took place on October 19 when my wife and daughter-in-law put their gold ornaments in a bowl in which they were cutting vegetables. The bowl got covered by leftover vegetables by mistake. After which it was thrown into the garbage. CCTV camera footage showed a bull eating the garbage in which the vegetables had been thrown."

"We searched for the bull and called a veterinary doctor to catch the animal. After this, we have tied the bull in an open space near our home and have been feeding it. We are hoping that we will get the gold from its dung, that is why we are feeding it," he said.

"We will leave the bull at a goshala if we do not get gold from its dung," he added.

In A First For UP's Noida, Women Constables Get On Traffic Duty