When Yuvraj Shele became a bread winner for his family, he realised his mother's need for companionship, as she would be alone at home with minimum interaction with neighbours. 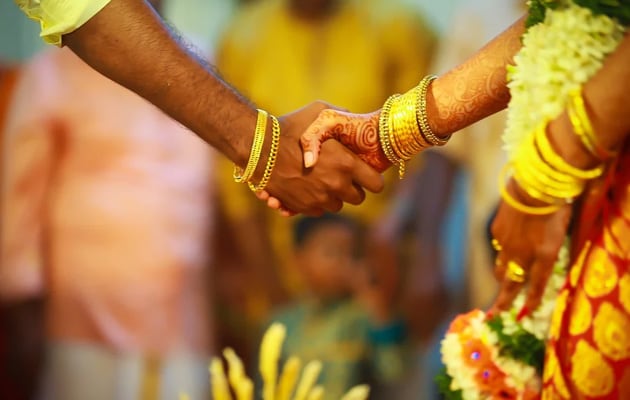 In Maharashtra's Kolhapur, which has been home to several reformists, a man has got his 45-year-old widowed mother remarried after realising her need for companionship and to battle social stigma. Yuvaraj Shele, 23, lost his father in a road accident five years ago and the death took a toll on his mother Ratna.

"It was a major shock for me to lose my father when I was just 18 years old. But the death took a real toll on my mother, who had to battle loneliness and felt socially isolated," Mr Shele told PTI.

Mr Shele noticed a marked difference in the number of social events his mother was invited to after his father's death, and it affected her psychologically.

When Mr Shele became a bread winner for his family, he realised his mother's need for companionship, as she would be alone at home with minimum interaction with neighbours.

"My mother was married to my father for nearly 25 years. If a man loses his wife, the society thinks it is natural for him to remarry. I wondered why the same belief was not applicable to a woman, and I decided to convince her to remarry,” said Mr Shele, who is a small-time worker.

In a city like Kolhapur, which is steeped in traditional values, it wasn't easy to convince his close-knit community of relatives and neighbours, Mr Shele said.

However, with the help of a few friends and relatives, Mr Shele began the uphill task of groom hunting for his mother.

“Luckily, Maruti Ghanwat came along and we got to know about him through some contacts. We discussed the marriage proposal and after initial talks with her, the alliance was fixed. It is still a special day for me, as I was able to find my mother the right partner," Mr Shele said.

Talking to PTI, Mr Ghanwat said, “I had been living a lonely life for some years. After meeting Ratna and talking to her, I felt I can live with this family and they are genuine people.” For Ratna, remarriage was a difficult decision, as she was not prepared to forget her dead husband.

“I had initially opposed the whole idea. I was absolutely not ready to forget my husband. But after talking about the issue, I got convinced. I also asked myself whether I really want to live alone for the rest of my life,” said Ratna, who tied the knot two weeks ago.

Last year, Herwad village in Kolhapur grabbed headlines after it passed a resolution to do away with practices related to widowhood, including ostracising women who have lost their husbands by not inviting them to social and cultural events.

The Maharashtra government later issued an official order directing all civic bodies to ensure such practices are not followed in their jurisdiction.