A ban on the sale of liquor was imposed in the state of Bihar in April 2016. 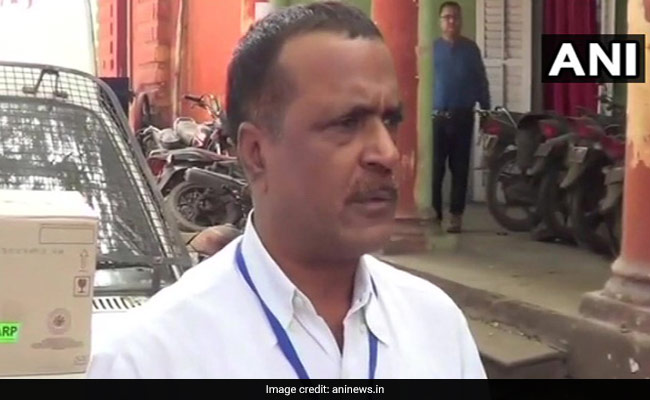 The Excise Department is yet to ascertain which bank does the cash van carrying illicit liquor belong to.

An ATM van carrying 100 cartons of liquor was seized by the Excise Department in Gaya's Dobhi village today. Two people have been arrested in the case.

The illicit liquor was being transported from Jharkhand's Bokaro district to Muzaffarpur in Bihar.

Assistant Commissioner of the Excise Department, Kishore Kumar Shah, said that on the basis of an information, they stopped the vehicle near National Highway-2 in Dobhi and arrested two people.

"We seized the vehicle on National Highway-2 in Dobhi and arrested the driver along with one other person. When we inspected the vehicle we found 100 cartons of liquor. We are investigating the matter and we are yet to ascertain which bank does the cash van belong to," said Mr Shah.

"Such instances have taken place in the past as well, people have tried to smuggle liquor even in ambulances. Whenever we seize any such vehicle we make it public in order to make the public aware and also to induce a sense of fear amongst the offenders," added Mr Shah.

A ban on the sale of liquor was imposed in the state of Bihar in April 2016.