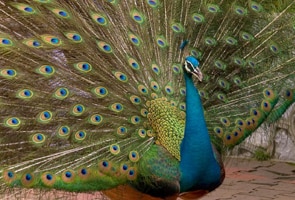 Karimnagar: As many as seventeen peacocks were found dead in Karimnagar district of Andhra Pradesh, forest officials said today.

The cause of the deaths might be consumption of contaminated water from nearby agricultural fields, where farmers use a lot of insecticides for crop protection, she said.

Postmortem reports are awaited and investigations are on, only after which a clear picture will emerge, the DFO said.
Comments
peacock andhra pradeshpeacock found deadpeacocks dead