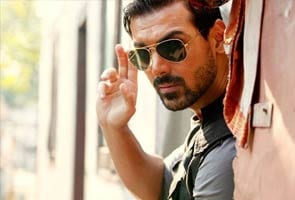 A still from the 'Madras Cafe' starring John Abraham

Chennai: A petition seeking to ban the release of Bollywood movie "Madras Cafe" was filed in the Madurai Bench of the Madras High Court in Chennai on Wednesday.

The petitioner Ezhilarasu, an advocate, claimed the movie was a political thriller set in the backdrop of the assassination of late Prime Minister Rajiv Gandhi.

According to the petitioner the film, which is set to be released worldwide on August 23, "is financed by Sri Lankan President Mahinda Rajapaksha so as to enable the Sri Lankan government earn good name ahead of the Common Wealth Conference in the island nation in November."

He said the Sri Lankan Government financed the film in order to "hide the human rights violation and to justify the killings of Tamils by the country's military."

The petitioner alleged that the "film's depiction of rebels in the Sri Lankan civil war raised concerns among India's large Tamil population. Further the movie portrayed the LTTE cadres as terrorist."

"If the film is permitted to release in the present form, it may cause law and order problem in Tamil Nadu and it would affect the sentiments of the Tamil people," the petitioner alleged.

The petitioner sought to re-censor the film by the Central and Tamil Nadu Governments.

Promoted
Listen to the latest songs, only on JioSaavn.com
The petition is likely to be heard soon.