Mongrels Walk The Ramp In Chennai, Over 100 Dogs Compete For 28 Titles

Chennai has an estimated 60,000 stray dogs. Over the last one year alone some 4,000 mongrels have been adopted.

At least a hundred mongrels took to the ramp in Chennai as part of the The Great Indian Dog Show organised by Blue Cross. The event at Phoenix Market City drew more than a hundred dogs that vied for 28 titles.

"So fulfilling to see such well-kept animals. Such beautiful atmosphere that everybody is so proud of their pets. I had a nervous breakdown selecting the best in each category," actor Amala Akkineni, who judged the contestants, said.

Whitey, a five-year-old mongrel, won the best sterilised dog award. G Vipin and his little daughter who accompanied their pet on the ramp said they are thrilled. "A proud moment for us. It's an Indian breed and an opportunity for us to bring him out and raise awareness," Mr Vipin said.

A three-legged mongrel, Peggy, who stunned visitors on the ramp was declared the best rescue dog. Carrying her like a baby, Shez, the owner, said, "She's well-trained. She doesn't bite or bark. It was love at first sight for me when I visited the rescue centre." 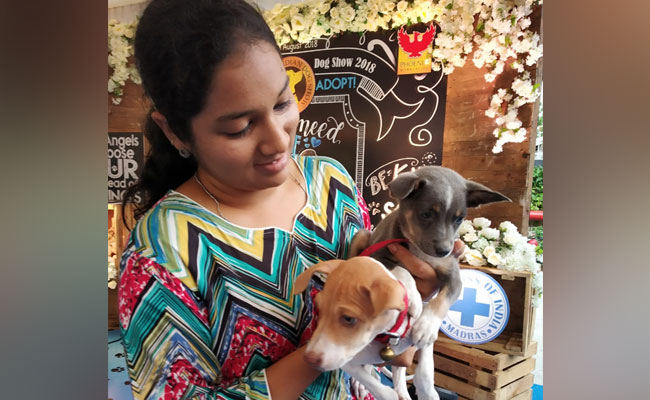 The audience's favourite was Bhadra, a mongrel that was thrown from a rooftop by two men near Chennai two years ago. Adopted by Karthik Dhandapani, a marketing executive, Bhadra was dressed in a an outfit that drew a big applause. She won the most wagging tail award. "It's never late too adopt a dog. Indian dogs are the best. They are survivors. Bhadra is a survivor."

There were a hundred pups for adoption too. Dharshan Udhayakumar, a young graphics designer, fell in love with a coffee coloured pup. He had lost a similar dog recently and has decided to give the same name, Cookie. Advocating adoption, he says, "Indian puppies don't get homes. It's always better to adopt than shop." 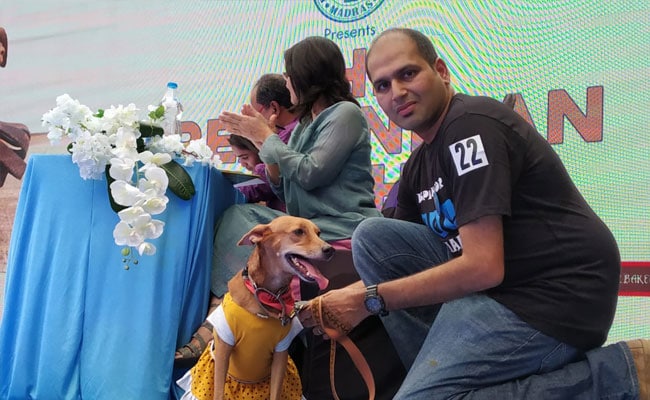 People must take pride in India's own dog breed and adopt them, say animal lovers and rights activists

Raja Monika, a school teacher, has opened her home to two puppies. "They show a lot of love to us. See even now they lick us," she said.

Thirty-five puppies found their homes. Actor Trisha  Krishnan, who's also a dog-lover and gave away prizes, said, "Indian puppies are as good as any other puppy you want to take home. They are so loyal and so loving."

Chennai has an estimated 60,000 stray dogs. Over the last one year alone some 4,000 mongrels have been adopted.