The hoardings, which had pictures of Tamil Nadu Chief Minister E Palanisamy and his deputy O Panneerselvam, were put on the median by a local leaderof the ruling AIADMK.

Subashree was her way back home from her office when she met with the accident.

A 23-year-old software engineer was killed in Chennai on Thursday after an illegal hoarding fell on her, following which she was hit by a water tanker. Although the woman was rushed to a hospital, she was declared brought dead.

Subhasri Ravi, who worked at an IT company, was on her two-wheeler on the Pallavaram-Thoraipakkam Radial Road when an unauthorised life-size hoarding knocked her down. In seconds, a tanker hit her scooter, injuring her on head.

The woman, who was her way back home from her office, was wearing a helmet at the time of the accident, eyewitnesses said. 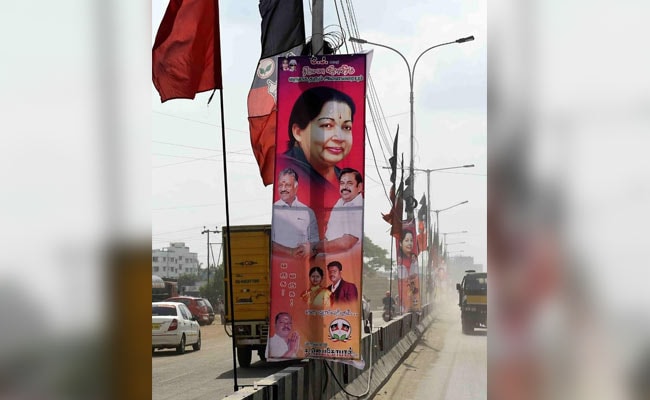 C Jeyagopal, an AIADMK leader, had out up several hoardings on the median for a family wedding.

"The hoardings are unauthorised. We are taking action against those who put them up," C Maheswari, Joint Commissioner of Police of Chennai South region, told NDTV.

The driver of the tanker has been arrested. Chennai's civic body has sealed the press that allegedly printed the hoarding.

"We have registered a case of rash driving, endangering personal safety and causing death by negligence," another officer said. The police, however, did not confirm if a case has been registered against the AIADMK leader.

How many more litres of blood does the state government need to paint the roads, the Madras High Court said today, adding that it has "lost faith in the government" as it slammed the Tamil Nadu government over illegal hoardings and the outrage over Subhasri Ravi's death.

The opposition DMK has slammed the state government and the police over the young woman's death. "Illegal hoarding placed due to government apathy, irresponsibility of authorities and the police's incompetence has taken away Subhasri Ravi's life. How many lives are to be sacrificed for these atrocities due to the arrogance of power," DMK chief MK Stalin tweeted in Tamil. Mr Stalin told his party workers that he will not participate in any function if banners or hoardings are put up. He also warned of strict action against those who put up such hoardings.

The AIADMK has also appealed to its party workers to stop putting up banners and hoardings.

In November 2017, a 30-year-old software engineer back home in Tamil Nadu's Coimbatore from the US to meet a prospective bride when his motorcycle crashed into a temporary wooden hoarding set up on a road by the ruling AIADMK for its MGR centenary celebrations. The hoardings were put up to welcome Chief Minister Palanisamy to the textile city.

The Madras High Court had banned banners and hoardings in public places in October 2017.

Giant banners and life-size cut-outs of politicians were a familiar sight in Tamil Nadu especially during the tenure of former Chief Minster J Jayalalithaa when her party workers used to dot the roads with hoardings with her pictures with sycophantic messages to win her attention for what critics used to call "political rewards".