It barks at commuters who try to cross the unmanned railway crossings or deboard running trains on the platform. 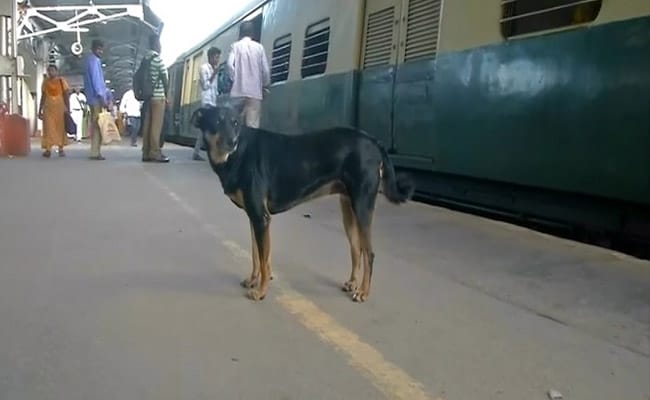 The dog joins the Railway Protection Force personnel at the platform and patrols the area.

After it was abandoned by its owners, a dog in Chennai has become a custodian of commuters frequenting the Park Town railway station in the city.

The dog, according to locals, joins the Railway Protection Force personnel at the platform every day and patrols the area.

The Park Town station is on the Chennai Mass Rapid Transit System.

Chinnaponnu, a dog, who was abandoned at station two years ago is seriously offering her services in assisting RPF in warning passengers illegally crossing the track and travelling on footboard at Chennai Railway station. pic.twitter.com/ub2gMXNB2t

It barks at commuters who try to cross the unmanned railway crossings or deboard running trains on the platform.

"The dog barks at the passengers who try to board or deboard a running train, and those who are travelling on the footboard. It also barks at commuters who try to directly cross the railway tracks. It is doing a good job for the public," a daily commuter said.

Locals said the dog has never caused any problems at the railway station.