4 People, Including Two Children, Choke To Death In Fire At Chennai Apartment

Fire department officials suspect that the fire was caused because of an electrical defect in the parking area of the building. 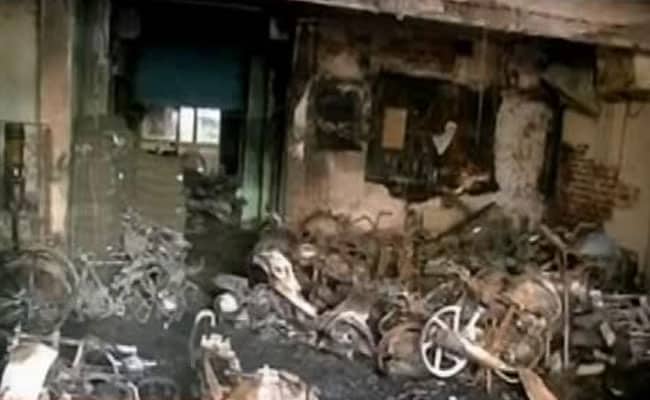 Fire fighters rescued seven people, four of whom died of asphyxia at a hospital later

Chennai: Four people including two children have died in Chennai's Vadapalani area after a fire broke out at their apartment building at around 5:30 am this morning. Fire fighters rescued seven people before the situation was brought under control.

Officials say that four of the seven who were admitted to a hospital died of suffocation after inhaling too much smoke. None of them suffered any burn injuries.

"We rescued seven of them but four have died in the hospital. Two of them are children. They died because they inhaled a lot of smoke. None of them suffered any burn injury," a senior fire department official said.

Fire department officials suspect that the fire was caused because of an electrical defect in the stilted parking area of the apartment building. The family lived on the first floor of the four-storey building, with the stilted parking just below them. Nine other residents are also undergoing treatment after inhaling the smoke.

A dozen scooters that were parked in the building were completely gutted.
Comments
Chennai Apartment FireAxphyxiaDeath Due to AxphyxiaChoking To DeathChennai Fire