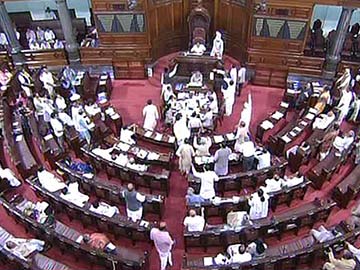 Row in Parliament over UPSC exam

New Delhi: Bihar lawmaker Pappu Yadav threw bits of paper today at the Lok Sabha Speaker during protests over a controversial Civil Services aptitude test conducted by the Union Public Service Commission or UPSC. Opposition parties were protesting against a panel report that has reportedly advised the government against making any changes to the test format that has brought hundreds of IAS aspirants to the streets.

Here is your 10-point cheat-sheet to the story:

What Is RTI Amendment Bill And Why The Opposition Is Against It: 5 Points