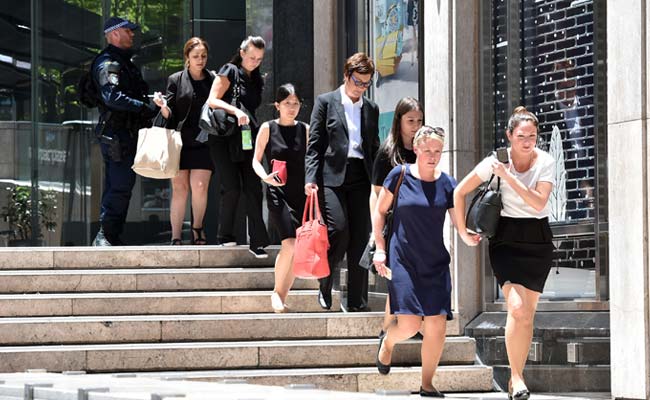 Sydney: A gunman took an unknown number of hostages inside a popular cafe; in Sydney on Monday morning and forced some of them to hold up a black flag with white Arabic writing against the window, sparking a security lock-down in the heart of Australia's commercial capital. The Australian police have confirmed that three people have come out using the side entrance.