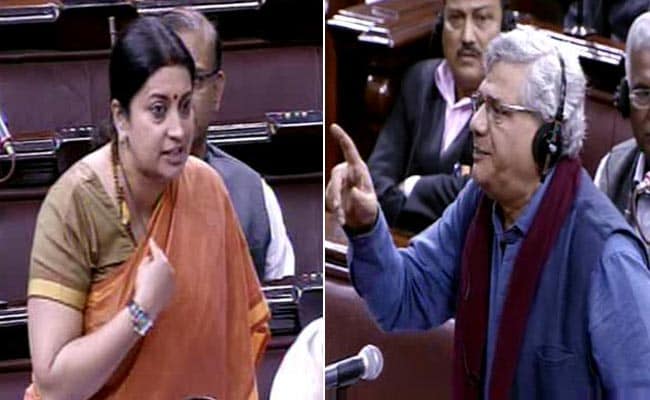 New Delhi: Sparring over Union Minister Smriti Irani's controversial comments on Goddess Durga and Mahishasura - the demon killed by the deity - took up much of the debate today in Parliament on JNU students accused of sedition.