Narendra Modi Thanks Varanasi, Says 'Ma Ganga' Connects Him to the People 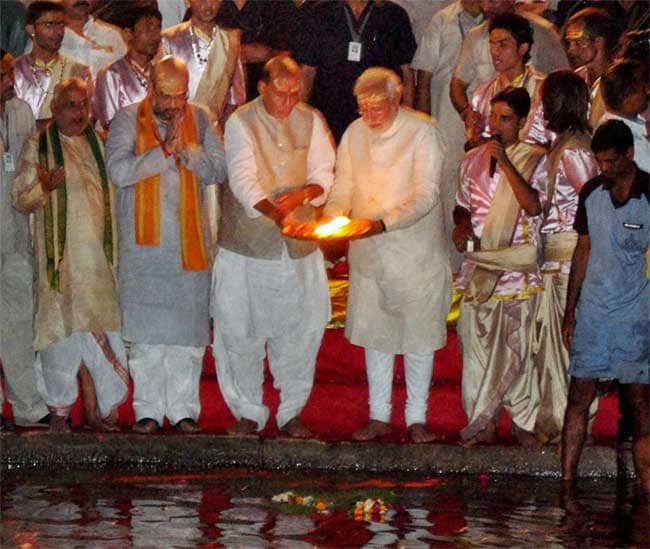 Varanasi: On May 8, after being denied permission by the Varanasi district administration to perform Ganga Aarti, Narendra Modi tweeted: "My profound apologies to Ganga Maa for not being able to perform Aarti today." After leading his party, and the alliance led by it, to a landslide victory in the Lok Sabha polls, the BJP's prime ministerial candidate reached Varanasi to take part in the ritual. "It's my destiny to serve Maa Ganga," he said after the hour-long ceremony.